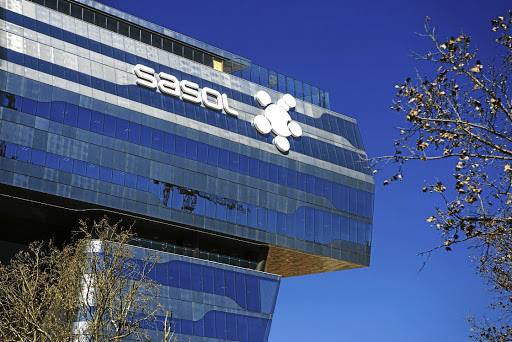 Sasol’s headquarters in Sandton, Johannesburg. Sasol, the world’s biggest producer of liquid fuel from coal, projects an internal rate of return of 7%-8% at Lake Charles, which will convert ethane into plastics and other products. Picture: WALDO SWIEGERS/BLOOMBERG

Fuel and chemicals giant Sasol’s sale of assets to rein in debt took another step forward with the finalisation of its $404m (R5.9bn) disposal of its stake in the US-based Gemini polythene business.

Sasol, which recently said it had raised $3bn, or nearly R44bn, from asset sales — the biggest being the $2bn divestment from its Lake Charles chemical project in the US — has flagged the possibility of a rights issue to reduce debt.

The Lake Charles transaction alone cut Sasol’s debt to $8bn, while the success in making other divestments was lowering expectations that the company would have to raise $2bn by issuing shares.

At the end of November, Sasol said it was selling its 50% stake in Gemini to its partner in the business, Ineos Olefins and Polymers, which operates the toll manufacturing facility in La Porte, Texas.

The facility produces bimodal high-density polythene (HDPE) products, which are used in pipelines and film. 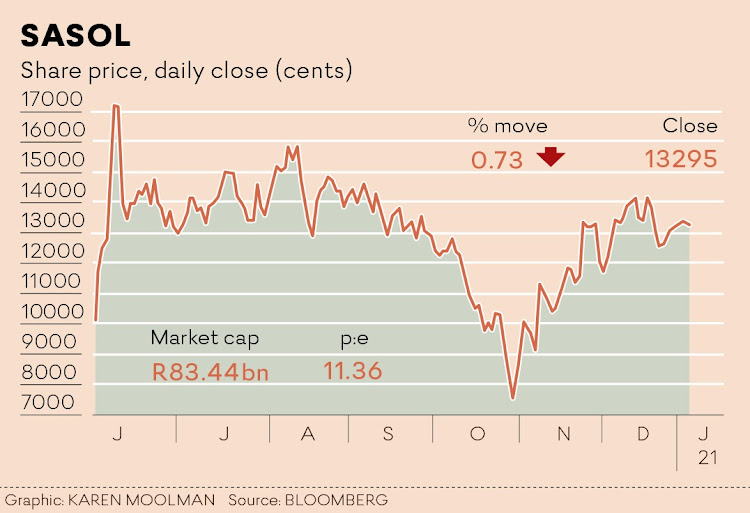 Analysts said at the time that while the price might look cheap in the future if HDPE prices improved, this was a distress sale by Sasol, which ran up debt when its Lake Charles project in Louisiana ran $4bn over budget and was delayed.

The Gemini transaction closed on December 31.

“The consideration of $404m was satisfied through a combination of cash and release from debt obligations,” Sasol said on Monday.

“The relevant debt facilities and security package have now been successfully restructured, releasing Sasol and its subsidiaries from any obligation to provide further security. The cash proceeds from the transaction were received on December 31 2020 and will be used by Sasol to repay near-term debt obligations.”

After initially rising as much as 2% in intraday trade, Sasol shares on the JSE closed 0.73% lower at R132.95. In the past year, its shares have fallen by about 57%. The company has a market capitalisation of R83.44bn.

Sasol to table climate-related resolution at its 2021 AGM

Sasol to table climate-related resolution at its 2021 AGM