Manufacturer of rail equipment promises there will be no more skeletons, and has made provision for problem contracts related to Bombardier 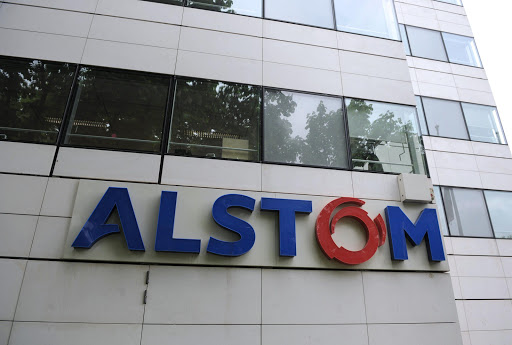 Alstom CEO Henri Poupart-Lafarge expects costly and painful months ahead as the rail-equipment maker works to turn around the flagging operations of the Canadian rival it acquired.

Alstom was on Tuesday detailing a path for improving profitability for the combined group after the Bombardier deal was sealed in January. The French company forecasts a cash drain in the first half of this year and a return to pre-acquisition margin levels only in the 2024-2025 fiscal year, according to a statement.

The share price fell as much as 8.2% in early trading in Paris, the steepest intraday drop since March last year, and was down 4.3% shortly before midday local time on Tuesday.

There will be “no more skeletons” in future, the CEO said in an interview, with provisions for problematic contracts related to Bombardier capped at the roughly €1.08bn already announced. “The key element is to turn around Bombardier.”

Alstom has won major train orders in recent months, benefiting from a wave of investment in carbon-free transport around the world. But integrating Bombardier’s business following the €5.5bn takeover has been a rocky process right from the start.

The cash outflow “is clearly a negative surprise”, Morgan Stanley analysts Katie Self and Ben Uglow wrote in a note, calling the forecast “an effective kitchen sink” that could mark a low point for integration of Bombardier.

Alstom is forecasting negative cash flow in the first half of this financial year of €1.6bn-€1.9bn, according to the statement. This will lead to “significant” negative free cash flow for the full year.

The cash burn is due to higher spending needed to make up for delivery delays and mismanagement related to former Bombardier orders, Poupart-Lafarge said. These are in countries like the UK and Switzerland and will require Alstom to raise train deliveries by 35%.

Alstom disclosed in May that the full-year profit margin for its legacy operation reached 8% compared with 2.7% for Bombardier.

“Bombardier had unsound relations with suppliers and customers,” Poupart-Lafarge told analysts during the presentation, responding to questions on the cash burn and absence of specific guidance for this fiscal year.

“The No 1 priority is to keep the company under control,” he said. “The last thing we want to do is transform into firefighters running around the planet” dealing with project issues.

On the brighter side, Alstom is looking at additional spending in the US on infrastructure under the Biden administration as “upside potential”, he said earlier in the interview. “It could definitely be a game changer.”

In Europe, the biggest markets will be Germany along with Italy, Spain and Portugal, southern countries set to spend under the region’s post-pandemic economic stimulus package.

Thales is working with Lazard on the divestiture and is expected to send information packages to potential buyers including Alstom, sources say
Companies
3 months ago

More than 750 debt-collection experts hired, and training is being given on how to handle customers sensitively
World
1 month ago
Next Article

Full marks to the EOH board

Full marks to the EOH board