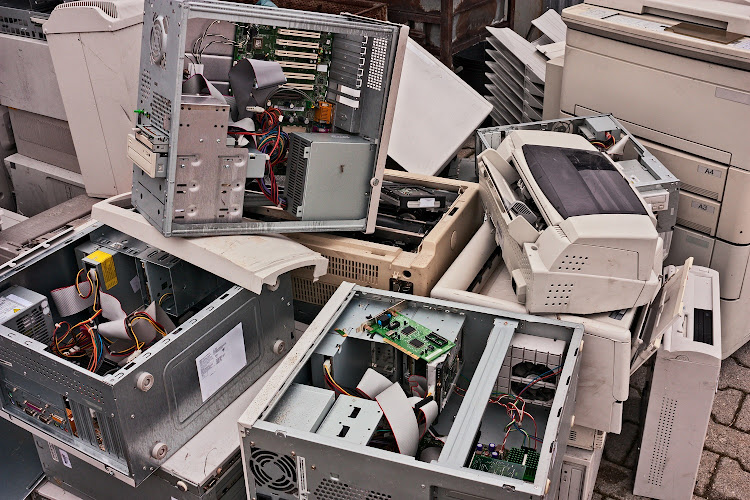 Lagos/Amsterdam — After years of struggling to make a living selling recyclable parts from electronic waste recovered in Africa, Dutchman Joost de Kluijver realised he needed a new business model if his firm was going to survive.

So in 2016, Closing the Loop began tagging a fee onto new device purchases by its clients, which include major bank ABN Amro and the Dutch government. By adding roughly €5 per phone and €15 per laptop, Closing the Loop now funds electronic waste collections in a string of African countries including Nigeria, Ghana and Cameroon, and ships it to a recycling facility in Italy.

Known as waste compensation, this service “helps customers in the West to get what they want — greener procurement of mobile devices — and it funds our work in Africa”, de Kluijver told Reuters. Recovered metals such as gold, silver, copper and palladium are sold on the open market or turned into jewellery.

In 2021, Closing the Loop expects to book its second annual profit since 2016, he said.

Waste with a plug or a battery, known as e-waste, is the fastest growing source of household trash worldwide, according to the UN’s Global E-waste Monitor 2020. A record 53.6-million metric tonnes of e-waste was produced in 2019 and this is projected to hit 74-million by 2030.

Amir Sharif, professor of circular economy at Bradford University’s School of Management, said Closing the Loop’s business model is what the market needs to change the way companies operate.

“What they are really doing is bringing that ownership and responsibility into the hands of the people who are doing the consumption and any business model that can do that ... is a good thing,” he said.

Building recycling facilities closer to the source of waste would be better for the environment, he said, but that would require major investments. Reinhardt Smit, Closing the Loop’s head of supply chain management, said Africa lacks the infrastructure needed to do that. “There is no working financial system [there] to collect waste, because waste is not valuable [in itself],” he said during a recent trip to Nigeria.

In that country and elsewhere, the firm buys old devices that are no longer usable from repair shops, packaged in sand to prevent fire and shipped to Europe, where they are safely broken down. Verde Impacto Nigeria, one of Closing the Loop’s African partners, helps collect the e-waste.

“They’ve seen the value to what we are bringing to them,” said Oluwatobi Adegun, Verde Impacto MD. “The impact on the environment is that they don’t need to burn these materials ... There will be less pollution.”

Regulations shift more responsibility for waste on to producers

Regulations will cover sectors including electrical and electronic equipment, lighting, paper and packaging
National
2 months ago

A ‘tax’ to save the planet — so smartphone makers say

What is the reason companies are removing charging adaptors from phone boxes? (Spoiler: it’s not only to cut greenhouse gas emissions)
News & Fox
4 months ago