Anthony Tan, of Grab Holdings, expounds on how who you know may still open doors, and make billions, in the tech world 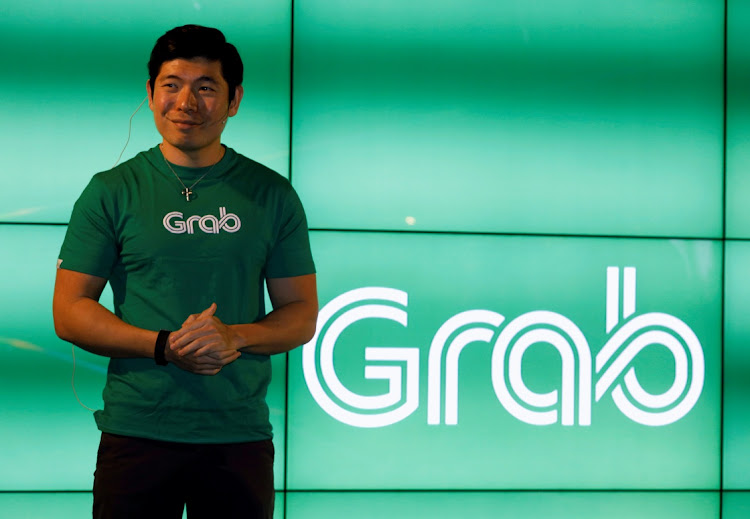 Singapore — A few years after launching Grab Holdings in 2012, Anthony Tan got a piece of advice from Jack Ma. The co-founder of Alibaba Group Holding told the entrepreneur that life is a tsunami. When you’re up on the wave, get ready for the crash, he said.

In 2020, that all came to pass. The coronavirus sent cities across Southeast Asia into lockdown. Demand for ride-hailing, a key business, plunged. Then around December, its big plan to merge with arch rival Gojek collapsed.

Tan wasn’t ready to give up on going public. Early this year, a connection introduced him to the Silicon Valley investor Brad Gerstner, the founder of Altimeter Capital Management. The two men, though from opposite sides of the world, had a lot in common. Both were Harvard Business School alumni, and both had eschewed easier paths in life to set up their own firms.

Within about three months, the pair had announced the world’s biggest special purpose acquisition company (SPAC) deal, which will see Grab list in the US at a valuation of almost $40bn.

“A year ago, the world looked like it was going to end,” Tan said. “As an entrepreneur, you go through these crazy lows and crazy highs.”

Tan recalls that after the initial introduction was made, Gerstner called some common friends to check him out. They included Rich Barton, the entrepreneur who leads Zillow Group, and Uber Technologies CEO Dara Khosrowshahi, a Grab board member. Tan passed the test.

The Grab-Altimeter SPAC merger underscores the importance placed on connections at the top of the tech world, and how graduating from universities such as Harvard still helps open doors.

So many billions were “created out of that class”, Gerstner said. Their three companies already have a combined valuation of about $130bn, including almost $80bn for Coupang after its initial public offering (IPO) in March.

“The world is shrinking,” Gerstner said. “Some of the most exciting leadership today is in regions such as Southeast Asia.”

Son a fan of Tan

Tan, born into a wealthy business family in Malaysia, got the inspiration to start Grab during his time at Harvard Business School from 2009 to 2011. He quit the family business, Tan Chong Motor Holdings and started a taxi-hailing service known as MyTeksi with his Harvard classmate Tan Hooi Ling. Later, Grab would expand into businesses including food delivery and online payments as it became a super-app in Southeast Asia.

Gerstner was in Harvard about a decade earlier, from 1999 to 2000. The American investor grew up in a small town in Indiana, admiring Warren Buffett. He started his career as a securities lawyer handling IPOs. After getting his MBA from Harvard, he joined the venture capital firm General Catalyst and later founded and sold three companies.

In the depths of the global financial crisis in 2008, he set out on his own, establishing Altimeter Capital with just $3m raised from friends and family. Today, the firm, which invests in public and private techn companies, manages $15bn. He’s backed tech players including Expedia Group, Uber and software firm Snowflake.

Tan, a fixture at the World Economic Forum, has always stressed the importance of business partnerships. He spends much of his time networking, according to people who know him. On the eve of the merger announcement, Tan said he was out having dinner with a merchant partner.

When in Indonesia, Tan abandons his signature black T-shirt and puts on a traditional batik shirt. He addresses conference guests in Indonesian. When visiting Tokyo to attend a SoftBank Group conference in 2019, he bowed deeply after SoftBank founder Masayoshi Son, his most early ardent supporter, introduced him as “a new superstar in the artificial intelligence era”.

SoftBank invested about $3bn in Grab, but relations with Son cooled after the Japanese company put pressure on Grab to combine with Gojek, according to people familiar with the matter.

Tan said his relationship with Son is still close. During the Zoom interview, he took out his phone and read aloud a text he said he received from Son about the merger. “Anthony, thank you so much for the update. I’m really happy to hear that the IPO is going well,” Tan read.

Gerstner, meanwhile, says he’s impressed by how Grab persevered through the pandemic — and by its decision, like his own, to plough its own furrow. Grab “ultimately chose an independent path”, he said. “It’s simply one of the biggest internet companies doing one of the biggest IPOs of the year.”