The WGAC has asked for more information before approving new leases Fortescue has applied for, the group’s director, Joselyn Hicks, says 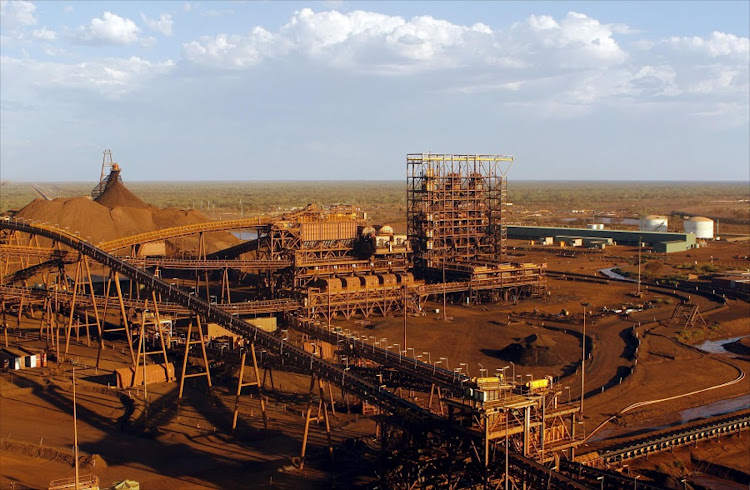 Melbourne — An Australian Aboriginal group said on Tuesday that Fortescue Metals is withholding nearly A$2m ($1.4m) in royalty payments until it signs off on mining leases that cover areas containing many sacred sites.

The country of the Eastern Guruma, or Wintawari Guruma, people is one of the most heavily explored areas in Australia, with more than 93% covered by mining tenements, the Wintawari Guruma Aboriginal Corporation (WGAC), said. The group estimates at least 434 heritage sites on their land have already been destroyed through mining, while 285 more are close to mining operations and inaccessible to traditional owners.

Fortescue’s Solomon Hub, which has production capacity of 75-million tonnes per annum, or about 40% of the miner's production, is on Eastern Guruma land, along with about 90km of its Eliwana railway.

The group has asked for more information before they approve new leases Fortescue has applied for, WGAC director Joselyn Hicks told an Australian parliamentary inquiry on Tuesday.

“These mining lease areas contain numerous sacred sites ... [Fortescue] have advised us that they will only pay the royalties when we sign off on the mining leases.” The payments amount to A$1.9m, she said.

Fortescue said it has “been working closely with Wintawari to assist them in meeting the obligations under the Native Title Agreement”, including a variation to include new exclusion zones and additional benefits last year.

“We are committed to open and transparent engagement to facilitate the outstanding royalty payment, in accordance with the contractual agreement and the obligations of both parties,” CEO Elizabeth Gaines said in a statement.

Hicks said the people’s agreements with the world’s fourth biggest iron ore miner contain no legal provisions to protect their cultural heritage, leaving them reliant on its discretion to safeguard their interests.

The inquiry is looking at how Rio Tinto legally destroyed sacred rock shelters showing 46,000 years of human habitation as part of an iron ore mine expansion in Western Australia in May.

Hicks said traditional owners had not known the level of destruction of their country that would result when they signed agreements with miners Fortescue and Rio Tinto.

This comes after Rio Tinto destroyed a 46,000-year-old rockshelter in Western Australia in May
World
6 months ago

Australia’s attraction to fossil fuels puts renewables on back burner

Australia’s attraction to fossil fuels puts renewables on back burner