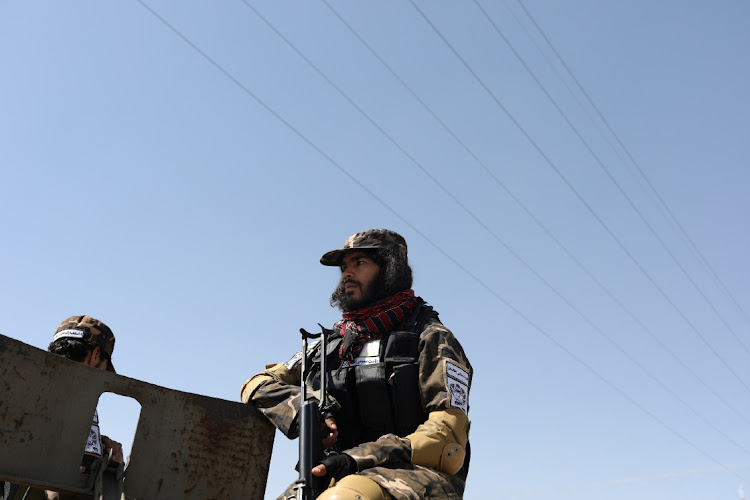 As the Taliban closed in on Kabul and tens of thousands of people overwhelmed its airport, it was the small Gulf state of Qatar that first opened its doors to evacuees, fast establishing itself as the West’s main line of communication to an organisation best known for harbouring Osama bin Laden.

The US and UK have since moved their Afghanistan embassies to Doha, its critical role lauded by US Secretary of State Antony Blinken and Defence Secretary Lloyd Austin — both visiting this week.

Yet a relationship painstakingly nurtured over the past decade could quickly become a liability for Qatar if it fails to deliver the world the new-look Taliban it’s tried to nurture; one that’s more hospitable to women and less hospitable to terrorists on the run.

Qatar’s ties to the Taliban and other Islamist groups have long been a source of tension with its neighbours and concern for its Western allies. Caught out by the almost immediate collapse of the US-backed government as the last American troops left, Western powers had few other means of contacting the Taliban’s political representatives.

Qatar’s revelled in hosting talks with the Taliban, complete with big backdrops and dramatic lighting, and has gained the trust of its political leaders. About 500 to 600 Taliban members with their families have lived in cosmopolitan Doha, according to a Gulf-based diplomat. They include Mullah Abdul Ghani Baradar, the head of the political wing, who has held talks among the skyscrapers, in five-star hotels where Qatar’s modesty rules aren’t strictly observed.

That gave the Taliban a platform to recast itself as more moderate and ready for government via the Qatar-based Al Jazeera television channel. And it gave Qatar, which has deftly fostered relations with Iran and Islamist groups while serving as a regional headquarters for US military operations, an opportunity to raise its own stature with its most important strategic ally.

At a press conference in Doha on Tuesday, Blinken heaped praise on Qatar for its help in Afghanistan. “For years, at our request, you’ve facilitated diplomacy between the Taliban and the Afghan government to try to bring the conflict to a peaceful resolution,” he said.

It’s not clear, however, how Qatar will bridge the gap between the image-conscious leaders it’s hosted and the Taliban’s military wing, which is closer to Pakistan, the longtime political broker next door, and sees less need to accommodate.

There’s no meeting of minds as there is with Pakistan, Western diplomats say. The Qataris have even found Baradar, who is at odds with the Pakistanis, difficult to deal with, according to the diplomat, who spoke on condition of anonymity.

And Pakistan’s not the only interested party. Landlocked Afghanistan is surrounded by powerful neighbours such as Iran and China, with a more direct interest in its fate than distant Qatar.

“Qatar is an important conduit between the Taliban and the rest of the world, but does not wield anything like the kind of deep influence on the group that Pakistan does,” said Jane Kinninmont, Middle East analyst at the European Leadership Network. “Qatar’s relationship with the Taliban has focused heavily on mediation and international relations. It therefore influences a particular subsection of the Taliban — those that want to engage with the outside world and have pragmatic relationships that will enable them to access aid and trade.”

Western governments have said any engagement with the Afghan regime will be conditional on it allowing safe passage out of Kabul and the flow of humanitarian aid, not becoming a haven for terrorist organisations, respecting human rights and forming an inclusive government.

There’s no evidence, however, that Qatar can influence the Taliban’s approach to the education of women and girls, though the Qatari ruling family has identified that as a priority. And while Qatari Foreign Minister Sheikh Mohammed bin Abdulrahman Al-Thani has said his country was working with the Taliban and Turkey to restart operations at Kabul airport, it has yet to persuade the Taliban to accept foreign security staff at the airport, a key sticking point.

The Qatari government did not respond to a request for comment on its relations with the Taliban.

Aware of its own limitations, Qatar has focused less on trying to induce change in the Taliban’s attitude and more on using its deep pockets to buy influence in a region of strategic interest to major powers, said another person familiar with the matter, requesting anonymity to discuss a sensitive issue.

The world’s top exporter of liquefied natural gas and one of the world’s richest nations, Qatar has financial leverage as well as lobbying clout in Washington that Pakistan lacks. That’s become more critical to the Taliban as Western governments and international organisations shy away from supporting a regime that’s yet to prove it’s different to the international pariah of the 1990s.

If Afghanistan does, again, become a haven for terrorists, Qatar’s ties could quickly become a problem. Saudi Arabia was castigated for recognising the Taliban regime of the 1990s, which hosted Al-Qaeda before the September 11, 2001 attacks on the US.

Today, the Gulf’s hereditary rulers largely view any Islamic political movement as a threat to national security and to their own primacy and watch Qatar’s high-stakes foreign policy with concern.

“Qatar could easily be embarrassed and may want to distance itself from the Taliban or at least from some of its leaders,” Kinninmont said. “Some Taliban members are now using language that appeals internationally but it’s unclear if this newfound presentability is much more than a rebranding.”

US state department blamed as about 1,000 people, including Americans, remain stuck in Mazar-i-Sharif
World
11 months ago