Ukraine’s Black Sea ports have been blocked since Russia invaded in February and more than 20-million tonnes of grain are stuck in silos there. 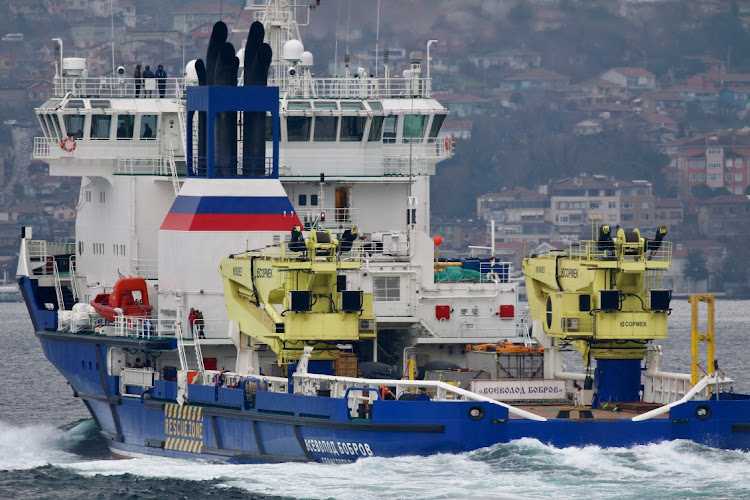 Ankara — Turkey is in negotiations with Russia and Ukraine to open a corridor via the Bosphorus for grain exports from Ukraine, a senior Turkish official said on Thursday.

Ukraine’s Black Sea ports have been blocked since Russia invaded in February and more than 20-million tonnes of grain are stuck in silos there.

Russia and Ukraine account for nearly a third of global wheat supplies and the lack of exports from Ukraine is contributing to a growing global food crisis.

“Turkey is negotiating with both Russia and Ukraine for the export of grains from Ukraine,” the official said, requesting anonymity because the talks were confidential.

“With a corridor to be opened from Turkey, there was a demand for this grain to reach their targeted markets. Negotiations are still ongoing,” the person added.

President Tayyip Erdogan’s office did not immediately respond to a request for comment.

Russian deputy foreign minister Andrei Rudenko was quoted as saying on Wednesday that Moscow was ready to provide a corridor for vessels carrying food in return for lifting of some Western sanctions.

Turkey neighbours Ukraine and Russia on the Black Sea and has good relations with both, even as it has condemned the invasion.

Separately, two other people familiar with the matter also confirmed discussions about Turkey helping the grains be shipped out of Ukraine. One of the people said that despite being a Nato member, Turkey was seen as more “neutral” by Russia than other Western members of the alliance.

“Turkey is ready to contribute to a kind of monitoring of these exports from Odesa through the Black Sea because Turkey traditionally is very strong in the Black Sea and they are ready to help,” a senior European diplomat said on Wednesday, speaking on condition of anonymity.

Turkey already has two frigates, two submarines and a half-dozen patrol and fast-attack ships in the Black Sea and much more could be quickly summoned for such a mission, said Yoruk Isik, Istanbul-based head of the Bosphorus Observer consultancy.

It could hypothetically patrol the food corridor routes and also sweep for mines, which Russia and Ukraine accuse each other of having planted.

Meanwhile, UN secretary-general Antonio Guterres, who visited Moscow and Kyiv last month, has been in contact with Russia, Ukraine, Turkey, the US and the EU trying to broker what he calls a “package deal” to resume both Ukrainian food exports and Russian food and fertiliser exports.

However, there are many hurdles to any deal, including Russian demands for some sanctions to be lifted in return, the drifting mines, and the prohibitive costs of insuring the maritime route, officials and analysts say.

If Ukraine conflict persists Africa’s growth is likely to stagnate at about 4% in 2023, warns AfDB president Akinwumi Adesina
Economy
1 month ago

Safe corridors to be established if some sanctions are lifted, says deputy foreign minister
World
1 month ago