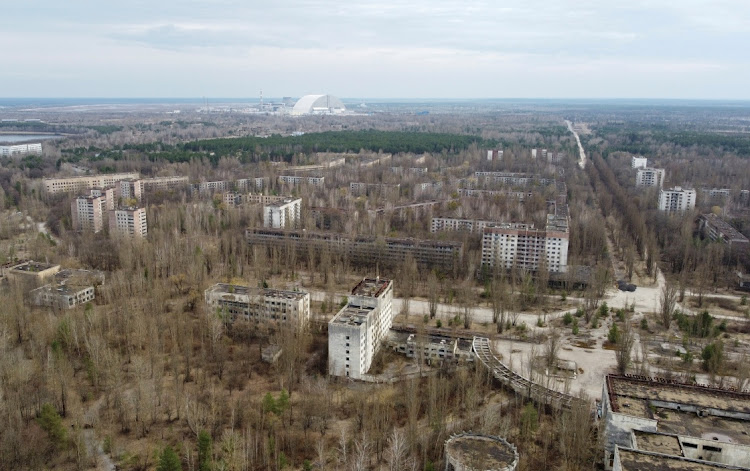 Ukraine said on Friday it had recorded increased radiation levels from the defunct Chernobyl nuclear power plant, a day after the site was captured by Russian forces, due to military activity causing radioactive dust to rise into the air.

The former power plant was captured by Russian forces on Thursday after Russia launched a full-scale invasion of Ukraine, an adviser to the Ukrainian presidential office said.

Experts at Ukraine’s state nuclear agency did not provide exact radiation levels but said the change was due to the movement of heavy military equipment in the area lifting radioactive dust into the air.

“Radiation starts to increase. It is not critical for Kyiv for the time being, but we are monitoring,” the interior ministry said.

The European Bank for Reconstruction and Development said on Friday that the critical infrastructure of the plant has not been damaged and essential maintenance work was ongoing.

The still-radioactive site of the 1986 nuclear disaster lies some 100km from Kyiv.

Ukraine’s neighbour Poland said it had not recorded any increase in radiation levels on its territory.

France-based independent nuclear watchdog CRIIRAD said in a statement on Friday it was trying to verify and cross-check the information at their laboratory.

“If the dose rates recorded correspond to real values, the situation is extremely worrying,” CRIIRAD said, adding that further research is needed to interpret the data.

The resuspension of soil from military activities, or damage to nuclear facilities, being either storage of waste or the containment structure, could be one of the reasons for the rise in radioactivity levels, CRIIRAD spokesperson Bruno Chareyron said.

Another possibility was that the readings were inaccurate as a result of interference from cyber attacks, he said.

The area has many high risk installations, including radioactive waste processing and storage facilities, most of them unsecured, CRIIRAD said.

Other reactors in Ukraine also pose a safety risk in case of an accident, the watchdog said. While it was possible to reduce the potential risk by shutting down the reactors, Ukraine depends on nuclear power for more than 50% of their electricity supply, it said.

Moscow may agree to talks on Ukraine

As Russian forces continue attacks on targets in Ukraine, Putin is reportedly open to sending a delegation to Minsk for talks. Here are the ...
News
5 months ago
Next Article