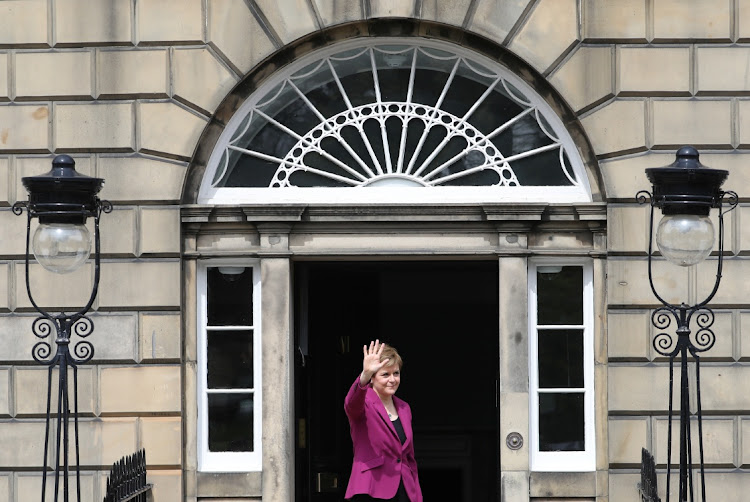 London — In the Southside of Glasgow, you’d have been forgiven for thinking only one party was standing in last week’s Scottish election.

The district of Scotland’s largest city is represented by Nicola Sturgeon, the leader of Scotland’s semi-autonomous government. Yellow posters of the Scottish National Party adorned windows of sandstone apartment blocks to show loyalty to the woman who can lead her country to the promised land.

“Independence for Scotland is the most important thing in my life other than my children,” said Margaret Sim, 71, an SNP volunteer in Glasgow leafleting during the campaign. And she trusts Sturgeon to deliver. “In the future, she’s the best hope we’ve got for an independent Scotland.”

For many Glaswegians — and indeed much of Scotland — the victory for the SNP declared at the weekend was a foregone conclusion. The question was by what margin and by how much it would reinforce the push for another referendum on breaking away from the rest of the UK. In the end, the SNP and Green Party together will guarantee a pro-independence majority in the Scottish parliament.

But the issue for Scotland’s popular leader is where she leads her troops next as the administrations in Edinburgh and London collide over the country’s constitutional future.

The May 6 election was a battle over whether Scotland should have another vote on unpicking more than three centuries of union with England and Wales. While the SNP prevailed, the electorate in the nation of 5.5-million was split about evenly between independence and pro-union parties.

Sturgeon says she now has her renewed mandate to force the British government to acquiesce to a referendum. Prime Minister Boris Johnson is unlikely to abandon his stance that Scotland shouldn’t have one soon.

On Sunday, cabinet member Michael Gove — a Scot — repeatedly deflected questions about whether the UK government would block the effort to hold a plebiscite should the Scottish government legislate for one, arguing the focus countrywide should be on recovering from the pandemic.

“If we get sucked into a conversation about referendums and constitutions, then we are diverting attention from the issues that are most important to the people in Scotland and across the United Kingdom,” Gove told Sky News.

In response, Sturgeon told the BBC that while her first task is steering Scotland through the pandemic, the SNP position on a vote had been clear to the electorate. She also said it would be “absurd” for the UK government to ignore the people’s wishes, and that she hopes it never ends up in a protracted court battle.

“All this talk about legality and whether the UK government challenges the Scottish government in court, misses a point: the people of Scotland have voted for the SNP on the strength of offering, when the time is right, an independence referendum,” she said. Sturgeon said she “wouldn’t rule out” introducing legislation for a referendum in the Scottish parliament at the start of next year.

The SNP won 64 of the 129 seats in the Scottish parliament, its fourth consecutive win after 14 years in power and one up on its performance in 2016. The pro-independence camp was further bolstered by a jump in support for the Green Party, which took eight seats, an increase of two.

That was in sharp contrast to the rest of the UK, where Johnson’s Conservatives made gains in English local elections and won a UK parliament district in the northeast of England that had been held by the Labour Party since its creation in 1974. With Labour managing to hold onto power in the Welsh assembly, the three nations of Great Britain continued to be dominated by different parties.

Sturgeon, 50, now faces the task of how to get the referendum she and her supporters demand in the wake of Brexit. Her argument is that Scotland voted by 55% to 45% to remain in the UK in the last independence referendum in 2014. But then it also chose to remain in the European Union two years later before being taken out against its will.

The last vote on independence came after the SNP won a majority in 2011 and the UK government granted the legal power to hold one. With support for a breakaway and staying in the UK roughly neck and neck, Johnson’s strategy so far has been to dismiss any notion of another vote.

While that risks further alienating many Scots, it also poses a dilemma for Sturgeon. She has ruled out following Catalonia and holding what opponents call a “wildcat” referendum. That said, she’s in no hurry.

The constitutional clash is likely to escalate next year should the Scottish parliament pass legislation for a vote once the coronavirus pandemic has subsided. “The fight will be postponed — but not for long,” Mujtaba Rahman, Eurasia’s MD for Europe, wrote on May 9.

The political risk company put the probability of a Scottish referendum before the next UK general election, now scheduled for 2024, at 30%. That then increases after the election, it said.

Then there’s the prospect of another divisive campaign, and issues over Scotland’s future currency, the state of its finances, EU membership and the border with England coming to the fore again. That’s something many in Scotland remain unwilling to get into again.

“We haven’t demonstrated that we have the capability,” said Rachel Martin, 63, a bank worker in Glasgow, which as a city voted for independence seven years ago when the country as a whole rejected it. “I haven’t seen the politicians answer the questions that weren’t answered at the last referendum that we had.”

Sturgeon may need the political capital she has been accruing since taking over as Scotland’s first minister and SNP leader after the 2014 vote to stay in the UK.

She is the face of Scotland — not just her party or the independence drive — increasing her popularity with her handling of the coronavirus pandemic, fronting daily media conferences and introducing some restrictions faster than England as infections raged. She also managed to shrug off a public falling out with her predecessor that had threatened to undermine her leadership.

Sturgeon risks pushing for a referendum just as the UK shows its value with a national vaccine program that has been the envy of Europe. This is Johnson’s argument too.

In the longer term, though, the question is unlikely to go away. For Anne Wallace, a 66-year-old Green voter in Glasgow, there’s only one future: “Post-Brexit, post-Boris—independence.”

The governing Scottish National Party will seek to hold another referendum on independence by 2023 if there is a pro-independence majority returned ...
World
1 month ago

A total 70% of people age 18-24 would vote ‘yes’ in an independence referendum, poll finds
World
1 month ago
Next Article