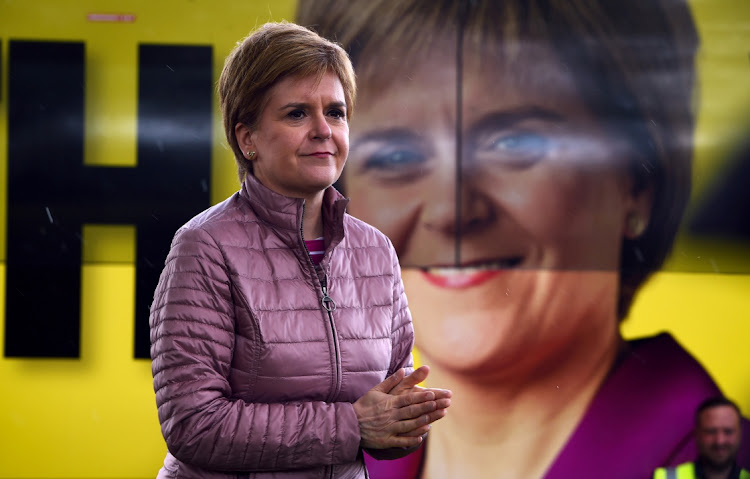 The battle for the future of Scotland has begun after a dramatic set of British election results left the UK starkly divided.

Prime Minister Boris Johnson’s Conservative party cemented its grip on Labour’s former heartlands in northern England, while in Scotland parties pushing to split away from the UK won a historic majority.

That threw Johnson and Scottish National Party (SNP) leader Nicola Sturgeon into what could be a vicious and lengthy showdown over whether a new referendum should be held Scottish independence.

On Sunday, cabinet member Michael Gove repeatedly deflected questions about whether the UK government would block a second referendum if the Scottish government legislated for one, arguing the focus across the country should be on recovering from the pandemic. He also said not all SNP voters want the party to prioritise the push for independence.

“If we get sucked into a conversation about referenda and constitutions, then we are diverting attention from the issues that are most important to the people in Scotland and across the UK,” Gove told Sky News.

Responding to Gove’s words, Sturgeon told the BBC that while he first task is steering Scotland through the pandemic, the SNP position on a referendum was clear to voters. She also said it would be “absurd” for the UK government to ignore the people’s wishes, and that she hopes it never ends up in court.

“All this talk about legality and whether or not the UK government challenges the Scottish government in court, misses a point: the people of Scotland have voted for the SNP on the strength of offering, when the time is right, an independence referendum,” she said.

Johnson’s success also plunged Labour’s Keir Starmer, his rival for the role of prime minister, into a crisis. On Saturday, the leader of the main opposition tried to regain control of the party by downgrading his deputy in a move that only made matters worse, sparking angry criticism from senior colleagues.

The elections that took place across the UK on Thursday served as a bellwether for the mood among a nation that was among the most affected by the pandemic. They comprised town and city mayors, district councils, the Welsh and Scottish parliaments, the London assembly, and a special vote to choose a new MPs for the Brexit-backing town of Hartlepool.

Johnson went into the elections on the back foot, fending off allegations of misdemeanours and incompetence in office, and he emerged from it stronger. The political debate had been dominated by sensational claims he broke rules over the luxury refurbishment of his official residence.

In Scotland, too, Sturgeon had suffered setbacks in the run-up to the elections. But while her SNP fell one seat short of an outright majority, she will claim her party’s unprecedented dominance of the Scottish parliament — allied with a strong result for the pro-independence Greens — give her a mandate to break away from the rest of the UK.

That contest seems set to define British politics for the next few years. It will put the UK’s two most formidable political campaigners against each other, fresh from their own electoral successes.

Pressed on whether the UK government would take the fight over a second referendum to the courts, Gove said: “We are not going to go there.

Johnson responded to Sturgeon’s victory by convening a rare “summit” of all the leaders of the devolved nations to try to plot a joint plan for recovery from the pandemic, and invited Sturgeon to be part of “Team UK”.

“I believe passionately that the interests of people across the UK and, in particular, the people of Scotland are best served when we work together,” Johnson wrote, citing the vaccine success. “This is Team UK in action, and I recommit the UK government to working with the Scottish government in this co-operative spirit.”

Sturgeon told the BBC on Sunday she would take part in the meeting.

Elsewhere, Labour’s Sadiq Khan was re-elected as mayor of London but only after a tighter than expected contest.

Rayner is likely to be offered another role and will remain as deputy leader, though that may not calm some of the anger from colleagues at her treatment. Rayner’s supporters say she’s a perfect example of the sort of working class, northern English communities that the party needs to reconnect with.

Amid the backlash, Labour’s Ian Murray, who serves in Starmer’s team of ministers-in-waiting, said Rayner hadn’t been fired but instead promoted. Murray told Sky News on Sunday she would have a voter-facing role.

Dangers lurk for Starmer. Former cabinet minister Andy Burnham, who was re-elected as Greater Manchester mayor with a landslide, warned the leader he must ditch his London-centric focus if Labour is to recover. He said he’d be prepared to stand as a leader “one day” in future, if the party needed him.

The governing Scottish National Party will seek to hold another referendum on independence by 2023 if there is a pro-independence majority returned ...
World
1 month ago

A total 70% of people age 18-24 would vote ‘yes’ in an independence referendum, poll finds
World
1 month ago

The monarchy has been seen to intervene behind the scenes, in unwise moves
Opinion
1 month ago