In a parliamentary inquiry in Berlin, Merkel said she relied on the finance ministry to keep her informed 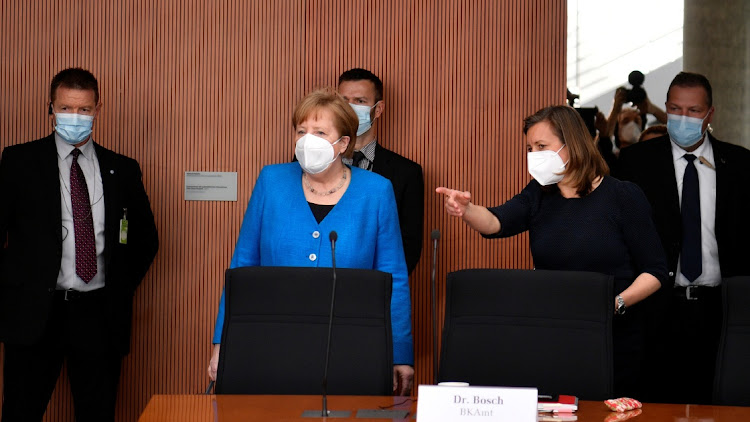 German Chancellor Angela Merkel said she was unaware of any allegations of serious wrongdoing by Wirecard when she lobbied for the payments company in China.

As part of a broader discussion about Germany’s economic interests, Merkel broached Wirecard’s efforts to gain access to the Chinese market on the September 2019 visit at a time when media reports about alleged irregularities were already circulating widely.

In testimony on the final day of a parliamentary inquiry in Berlin, she said that she relied on the finance ministry and other government bodies to keep her informed, and that she only learnt of the allegations against Wirecard in June 2020, around the time of its collapse.

“It was right that I mentioned Wirecard on the state visit,” Merkel said. “At the time, it was about improving access to the Chinese market.”

Wirecard’s spectacular crash from rising fintech star to national disgrace has turned the spotlight on the German authorities, including officials in Merkel’s chancellery. Lawmakers have accused the government and financial regulator BaFin of ignoring allegations of wrongdoing because they were blinded by what they saw as a welcome national success story.

The Bundestag inquiry — which has heard testimony from about 100 witnesses — has been trying to determine how the unprecedented fraud by a company listed on the benchmark DAX 30 index could go undetected for years, and why authorities failed to intervene.

Wirecard revealed in June 2020 that €1.9bn it had reported as assets probably never existed. Lawmakers estimate that the fallout from the company’s collapse caused more than €20bn worth of damage, with many small investors losing money.

Before Merkel’s China trip, the finance ministry provided her office with selective information about Wirecard that implied the payments company was a victim of manipulation, according to an internal e-mail exchange seen by Bloomberg this week.

The ministry presented little information on apparent wrongdoing, such as critical reports in the Financial Times newspaper or details of an official investigation of the allegations, the exchange showed.

Finance minister Olaf Scholz said on Thursday when he testified to the inquiry that the idea that his office or BaFin protected Wirecard was an “absurd fairytale”.

In a new twist to the case, lawmakers accused him of having caused a security risk by using his private e-mail account to communicate about Wirecard. Scholz said he strictly distinguished between private and official communication, but conceded that he sometimes forwarded newspaper articles via his private e-mail address.

Scholz is running for the Social Democrats to succeed Merkel as chancellor after September’s election, and the Wirecard affair has put him on the defensive as he struggles to win voter support and make up ground on his rivals.

At the time, Wirecard was trying to buy a Chinese payments group Allscore Financial and to seal the deal it required the approval of the People’s Bank of China. Merkel raised the issue with her Chinese interlocutors during her trip.

Vice-chancellor Olaf Scholz is associated with two major financial affairs, the CumEx-Files tax scam and the demise of Wirecard
World
1 year ago

The Bundestag’s finance committee is grilling government and supervisory officials over Wirecard, including a top adviser to Angela Merkel
World
1 year ago
Next Article