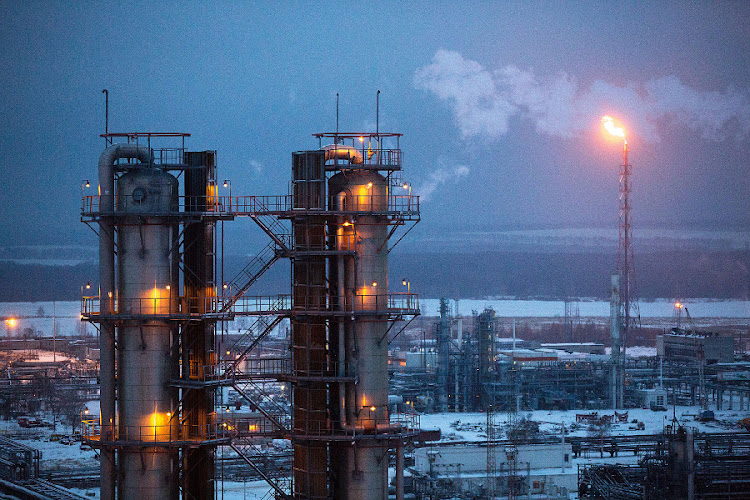 Sulaymaniyah — The prime minister of Iraqi Kurdistan, Masrour Barzani, has been touting the autonomous region’s gas export capabilities as an alternative to Russian supply, but division between the region’s two main parties suggest the plan is, for now, a pipe dream.

While his political party is selling the project as part of a solution to Europe’s gas woes, its regional partner has effectively blocked it after complaining that it has been sidelined from negotiations with companies and potential buyers.

And Kurdistan does not even have enough gas to supply its own needs, with power blackouts a daily phenomenon.

Barzani’s ruling Kurdistan Democratic Party (KDP) has long tussled for influence with its junior coalition partner in government, the Patriotic Union of Kurdistan (PUK), led by the Talabani clan.

Those tensions have escalated in recent months, both because of the gas row and after the KDP put forward its own candidate for the Iraqi presidency — a position traditionally held by Kurds from the PUK under a power-sharing arrangement.

Five Kurdish officials from both sides said senior officials from the parties barely talked for months, not even discussing security and elections scheduled for October. Recent meetings had now touched on those issues but had still yielded few results, Western diplomats said.

The impasse could also undermine stability in Iraq’s north, where both ruling families have their own security forces.

Widespread economic hardship among young Kurds was one of the main factors behind the migrant crisis on Belarus’ borders in late 2021 and early 2022.

“If we are a coalition government, we should decide things together,” PUK president Bafel Talabani told Reuters.

The KDP did not respond to requests for comment on the row. But the Kurdistan Regional Government, which is led by the KDP, said it wanted to use oil and gas resources to benefit all.

Both sides need to agree. Two of the biggest gas fields in Iraq, Khor Mor and Chemchemal, produce about 450-million cubic feet of gas a day and lie in PUK territory.

To get gas to markets outside Iraq, the easiest route is north to Turkey, through land controlled by the KDP.

Pearl Consortium, majority-owned by Abu Dhabi-listed Dana Gas and its affiliate Crescent Petroleum, has the rights to exploit the two fields. It plans to more than double production to up to 1-billion cubic feet per day in the next few years, enough to cover domestic needs.

Last year, the KDP-led Kurdish government signed a contract with domestic energy company KAR Group to extend a gas pipeline from the fields to the regional capital Erbil and the northern city of Dohuk, close to the Turkish border.

Once the pipeline reaches Dohuk, it could easily be extended a few more kilometres to Turkey, paving the way for gas exports to Europe.

But Talabani complained that the KDP excluded his party from talks and there was no tendering process or transparency about how KAR was awarded the pipeline construction contract.

A senior KAR official said it signed a contract with the regional ministry of natural resources in December 2021 to upgrade and extend the gas pipeline network to Dohuk.

It referred questions about the process to the ministry, which did not respond to a request for comment.

The PUK has blocked even the first phase of expansion intended to serve the domestic market by preventing technicians from entering gas fields in areas under their control.

Further undermining the export plans is Iran, which has considerable sway over its neighbour. Some analysts said it was opposed to a project that could undermine its influence in the region.

Iran's foreign ministry did not respond to a request for comment.

Last month, Kurdish president and cousin of Masrour Barzani, Nechirvan Barzani, visited Sulaimaniya and met top PUK officials, the first senior meeting involving both sides in months. There were a few more meetings following the visit in which the leaders discussed security and the parliamentary elections set for October 1.

Talk of exports comes despite the fact that Kurdistan is struggling to produce enough electricity.

Of Kurdistan’s 13 power stations, five are gas powered and are only working at about 50% to 70% capacity because of shortages. Power blackouts are commonplace, meaning domestic expansion would likely be the immediate priority.

And as for exports, no deal has been inked with Turkey yet, according to Kurdish officials.

The Turkish government did not respond when asked for comment.

But Barzani’s trips overseas, including to neighbouring Istanbul where the gas issue was raised, have irked the PUK, according to three officials, one of whom described the relationship between the two Kurdish parties as a “very bad marriage.”

When the mayor of PUK-controlled Chemchemal province was told in January that the government had awarded KAR group a contract to extend the domestic pipeline network, a source with direct knowledge of the matter said it was the first time the PUK was officially informed.

As a result the PUK blocked it, indicating that the party wanted an equal say in all matters concerning gas in an attempt to avoid what it considers to be the mistakes of the past.

Kurdistan began direct oil sales to world markets in mid-2015 after accusing the central government in Baghdad of depriving the region of funds to pay state and army salaries, even though it had been instrumental in defeating Islamic State.

Most of the Kurdistan government’s revenue comes from those oil exports, which the PUK says are unfairly distributed among the provinces by the KDP-controlled administration.

The KDP did not respond to a request for comment on the issue.

“Gas won’t go out of Kurdistan the way the oil has, with that level of mismanagement and lack of transparency — over my dead body,” Talabani said.

GRACELIN BASKARAN: Oil is set to go through the roof as it barrels towards ...

GRACELIN BASKARAN: Oil is set to go through the roof as it barrels towards ...