Moon held multiple summits with Kim Jong-un in 2018-2019, before talks stalled amid fights over demands that Kim surrender nuclear weapons 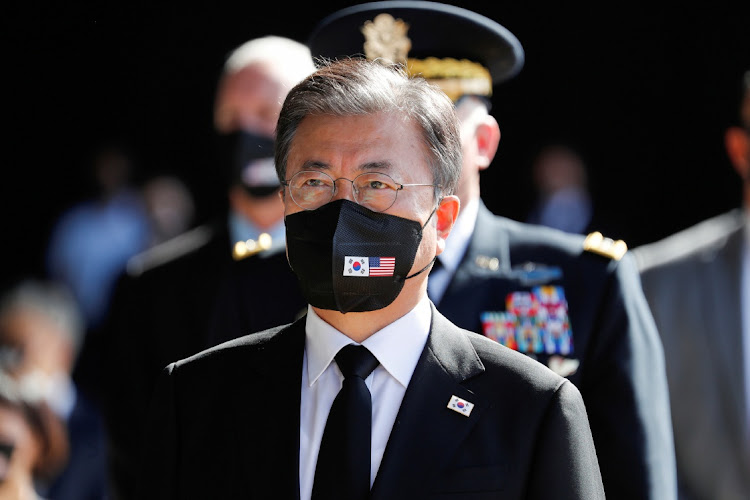 South Korean President Moon Jae-in vowed on Monday to use his last months in office to press for a diplomatic breakthrough with North Korea, despite public silence from Pyongyang over his attempts for a declaration of peace between the two sides.

“The government will pursue normalisation of inter-Korean relations and an irreversible path to peace until the end,” Moon said in his final New Year’s address before his five-year term ends in May. “I hope efforts for dialogue will continue in the next administration too.”

In his own address on New Year’s Eve, North Korean leader Kim Jong-un made no mention of Moon’s calls for a declaration officially ending the 1950-1953 Korean War, or of stalled denuclearisation talks with the US.

Moon held multiple summits with Kim, including once in Pyongyang, during a flurry of negotiations in 2018 and 2019, before talks stalled amid disagreements over international demands that the North surrender its arsenal of nuclear weapons, and Pyongyang’s call for Washington and Seoul to ease sanctions and drop other “hostile policies”.

Moon is pushing an “end of war declaration” as a way to jumpstart those stalled negotiations, and his administration has hinted at backchannel discussions.

But North Korea has not publicly responded to the latest push, and the US had said it supported the idea but may disagree with the South over its timing.

“It is true that there is still a long way to go,” Moon acknowledged, but argued that if inter-Korean relations improved, the international community would follow.

Moon said his outreach to North Korea had been enabled by a large military build-up that helped make South Korea safer.

“Peace is possible on strong security,” he said.

The Covid-19 pandemic overshadowed the standoff with North Korea, as Pyongyang put the country into an unprecedented lockdown and Moon faced domestic pressure to tamp down the first major coronavirus outbreak outside China in early 2020.

Since then, South Korea used aggressive tracking and tracing, as well as social distancing rules and a belated but thorough vaccination campaign to keep overall cases and deaths relatively low by global standards.