Friend and media report death of Soe Naing, who was arrested while documenting demonstrations against February’s military coup 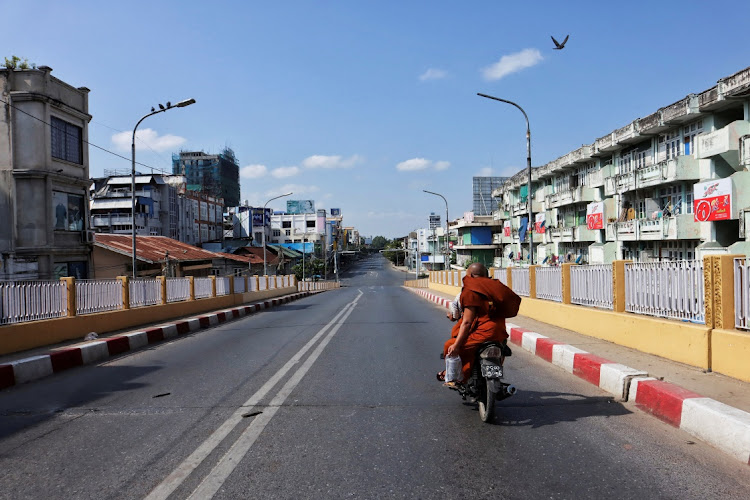 An almost empty road is seen as locals stage a "silent strike" in Mandalay, Myanmar on December 10 2021. Picture: REUTERS/Stringer

A photographer detained after an anti-coup protest in Myanmar’s capital last week has died in military custody, according to accounts from his friends, media reports and an advocacy group.

Soe Naing, who trained as a graphic designer and started documenting demonstrations after the military seized power in February, was detained on December 10 while taking photographs of deserted Yangon streets during a “silent strike” protest.

A friend of Soe Naing, who asked not to be identified due to safety concerns, said they had been told about the death but had not seen his body.

Reports about his death first appeared on social media and news portals on Tuesday. The US-funded Radio Free Asia reported the death was confirmed by family members, citing sources close to Soe Naing.

Relatives of Soe Naing, who was in his 30s and married with a son, couldn’t be reached for comment.

Myanmar’s military ousted the civilian government of Nobel laureate Aung San Suu Kyi on February 1, triggering protests and conflict in the countryside between anti-junta militia and the army.

Since the coup, there has been a rise so-called citizen journalists who  document often violent protests to get their message out to the world. Soe Naing had provided free content to media outlets.

The Assistance Association for Political Prisoners (AAPP), a monitoring group cited by the UN, says more than 1,300 people have been killed by security forces since the coup and 10,900 detained. Those include dozens of journalists, with about 40 still under arrest, AAPP said.

The military has said AAPP’s figures are exaggerated.

RSF called on the international community to “condemn the escalation in terror against reporters covering the news in Myanmar and implement targeted sanctions against the generals”.

There have been previous reports of people dying in custody, including officials from Suu Kyi’s party, but no confirmed cases of journalists.

The Committee to Protect Journalists says Myanmar has the second-highest number of journalists in detention, after China.

Parallel government led by the supporters of Myanmar’s ousted leader Aung San Suu Kyi began fundraising for a campaign that seeks to topple the ...
News
5 months ago
Next Article