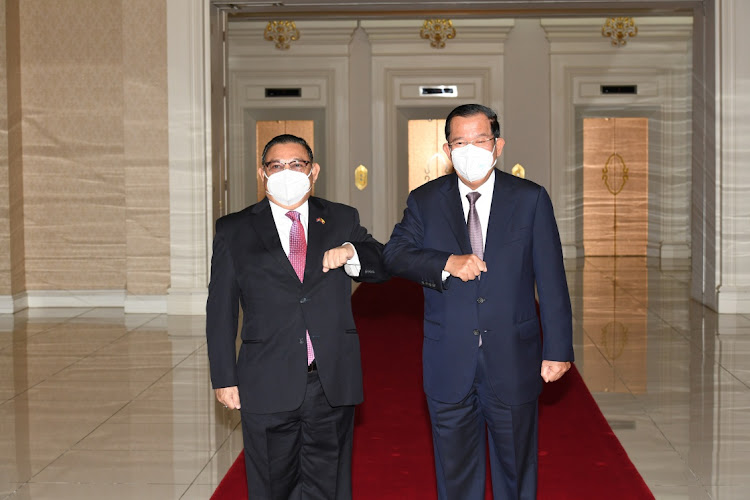 Cambodia will chair the 10-member Association of Southeast Asian Nations (ASEAN) in 2022, a bloc that has seen divisions over member Myanmar since Suu Kyi’s government was overthrown in a February 1 coup.

With some ASEAN members angered by the Myanmar military’s unwillingness to deliver on its commitment to end hostilities and start dialogue, its leader Min Aung Hlaing was not invited to a virtual summit of ASEAN leaders in October, in an unprecedented snub.

But Hun Sen, who has over the years faced criticism from rights groups and Western governments over what they see as his suppression of democracy, said on Monday junta officials should be invited to the bloc's meetings.

The foreign minister also handed Hun Sen an invitation for a visit to Myanmar on January 7-8, which Hun Sen accepted, Eang Sophalleth said. Hun Sen would be the first government leader to visit Myanmar since the coup.

He did not elaborate on what that might entail and no mention of the Suu Kyi verdict was made in official statements on the Myanmar minister’s visit.

The international spotlight fell on Myanmar again on Monday when a court found Suu Kyi guilty of charges of incitement and breaching coronavirus restrictions, drawing condemnation of what critics said was a “sham” trial.

She will serve two years in detention at an undisclosed location, after her sentence was halved in a partial pardon from Myanmar’s military chief.

Suu Kyi’s supporters say the cases against her are groundless. Her conviction had been widely expected in Myanmar.