Many farmers had fattened their pigs in anticipation of a recovery in pork prices, but the rout since February has triggered a sell-off 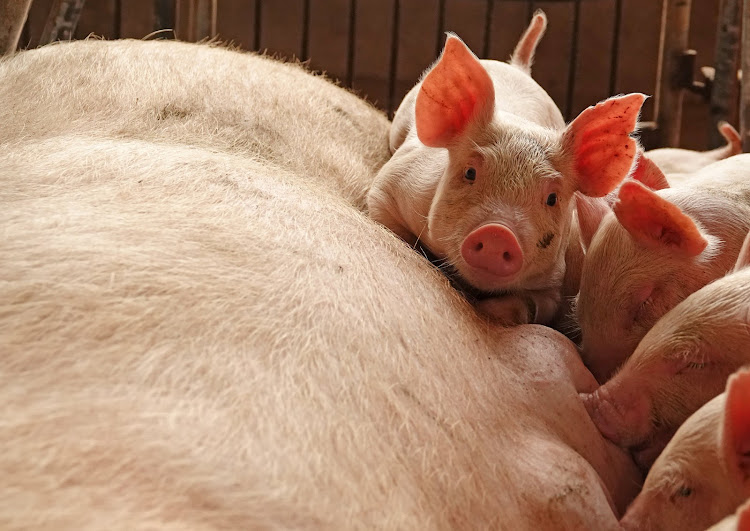 Obese pigs in China are being blamed for worsening a sudden rout in the country’s pork prices.

Farmers have been fattening hogs since late last year to almost double their normal weight — roughly the size of a pygmy hippo or a female polar bear — in the hopes the animals will generate higher returns should prices rebound.

Cao Tao, a pig trader in the northwestern province of Shaanxi, said many of the swine he’s buying weigh more than 200kg, compared with their usual size of about 125kg. “Some farmers are holding onto their larger pigs on hopes of a price rebound”, he said.

Instead, Chinese wholesale pork prices have plunged more than 40% since mid-January amid sluggish demand, increased imports and panic-selling by farmers after fresh outbreaks of African swine fever. This week, Muyuan Foods, the country’s biggest pig breeder, said it’s expecting a continued drop in domestic hog prices, with the slump not bottoming out until next year or even 2023.

Many farmers had fattened their pigs in anticipation of a recovery in pork prices, but the rout since February has triggered a sell-off of these large animals that may be delaying a rebound in prices, according to Lin Guofa, a senior analyst at consultancy Bric Agriculture Group.

“When these farms sell together, the sell-off causes an explosive price slump,” he said. Farms in the southwest and south are still holding a large number of “cow-sized” pigs, which could be sold as the weather warms and push down prices for a while yet, Lin said.

China’s hog herd was devastated by African swine fever in 2018 and, while numbers have recovered since then, a recent resurgence has driven up pork imports. The agriculture ministry said in April that the country’s pig herd may recover to usual levels by June or July, though the number of hogs available for slaughter may take another four months to get back to normal.

“Super-sized” pigs are partially to blame for the drop in pork prices, Qiu Huaji, the head of swine infectious diseases at Harbin Veterinary Research Institute, said at a conference last week. A price rebound had been expected in the third quarter due to the resurgence of African swine fever cutting herds by almost half in some areas, he said.

The impact of the obese hogs on pork prices is also being complicated by new rules that prohibit the transport of live pigs across the boundaries of five areas. The regulations — aimed at combating the spread of African swine fever — are reshaping the market and leading to regional price differences.

Qian Xiaoyun, a farmer in the northern city of Tianjin, said her family wouldn’t be breeding larger pigs after the price slump and had sold all of their animals that weighed more than 150kg. “The falling pork prices and high corn prices give poor returns on those larger hogs as they eat more,” she said.

If global trend continues the animal protein could be the new coal, shunned by elite tastemakers
World
5 months ago

Agriculture and land reform: How far are we from an integrated and inclusive rural economy?

Progress with land reform as per the NDP has been underestimated and, while still slow, is closer to the 30% target than typically believed
Opinion
6 months ago
Next Article