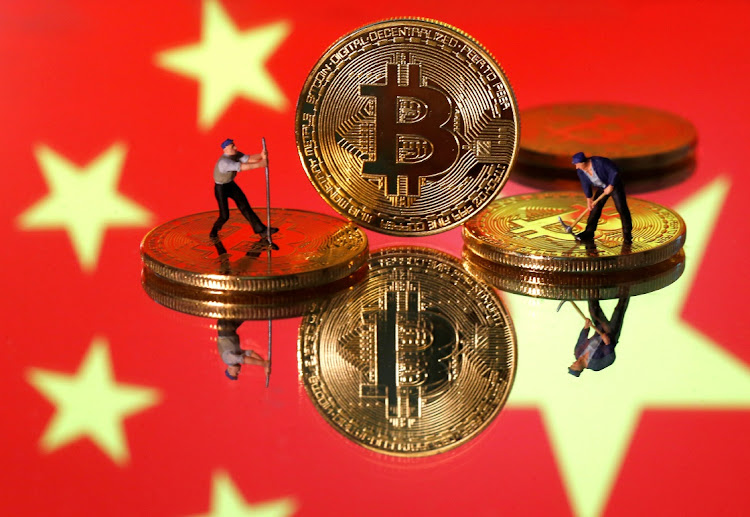 One reassuring aspect of the rollercoaster ride that saw bitcoin lose half its value in less than two months is the immunity of the real financial world to contagion from crypto-tokens, which I increasingly think of as UnfunnyNotMoney. But there is a danger that speculators, particularly if they’re young and inexperienced, have a once bitten, twice shy reaction to losses that could harm their propensity to allocate cash to long-term savings.

The gamification of finance is a worrying trend, and it’s not just restricted to buying and HODLing [holding on for dear life] digital currencies. The FOMO/YOLO crowd has also embraced equities, as we saw earlier this year with the rise and fall (and rise again) of GameStop and other Robinhood Markets  favourites that caught the attention of Redditors.

In February, legendary investor Charlie Munger said that luring newbie investors into betting on stocks is a “dirty way” to profit from their inexperience. “It’s most egregious in the momentum trading by novice investors lured in by new types of brokerage operations like Robinhood,” the Berkshire Hathaway vice-chair said. “I think all this activity is regrettable. I think civilisation would do better without it.”

Retail trading of stocks during pandemic-inspired lockdowns has surged, and not just in the U.S. The European Central Bank’s financial stability report published earlier this month noted that contracts for difference and equity swaps — popular ways of making leveraged bets on equities and other securities — surged to almost €15-trillion in March, more than double their value a year earlier.

That’s even though IG Group Holdings, which bills itself as the world’s biggest provider of contracts for difference, says in its online marketing literature that 71% of its retail customers lose money trading the product.

That astonishing figure highlights a lesson that shouldn’t be forgotten: trading and investing are not the same thing. Buying and selling in the hope of making a quick profit is fundamentally different from setting money aside to build a long-term nest egg.

Earlier in May, Fidelity Investments said it’s letting teenagers as young as 13 open no-fee accounts, paving the way for the children of its existing customers to “learn through action and foster meaningful family conversations around financial topics”, the firm said.

Given the ultra-low interest rates available on traditional money-market accounts, it makes sense to try to educate youngsters about the broader savings universe, including stocks, as my colleague Brian Chappatta has argued. But there’s a danger that the ability to churn through stocks ostensibly without paying a charge — bid/offer spreads offer a somewhat opaque transaction tax — will lure the teenagers into gambling, rather than investing.

Moreover, the youngest of the current generation of stock market investors have never seen the aggregate value of stocks fall for more than brief periods. From the end of 2007 until early in 2009, global equities lost 50% of their value, and took six years to recover that lost ground. Since then, the trend has been your benevolent friend. The 30% drop seen last year as the pandemic began to take shape proved to be very short lived.

The global financial crisis left deep scars on the collective psyche of investors, who grew wary of equities. Consulting firm Oliver Wyman estimated in 2012 that a combination of the loss of faith in financial services plus various deterrents to investing would leave the next generation of Western investors $15,000 worse off per year.

It’s no wonder regulators are paying attention to the dangers inherent in the gamification of finance, even if that might mean restrictions on the democratisation of money.

Securities and Exchange Commission chair Gary Gensler, testifying to Congress on May 6, said a report by his agency on this year’s retail trading frenzy will hopefully be ready by the summer. One focus will be the trend among finance apps of introducing features that make trading securities seem like playing a video game, which he said can prompt users to buy and sell more frequently and risk losing money more often.

The proliferation of firms offering trading platforms has made it easier to open accounts, Gensler said. But “we’ve lost that human in the middle saying, ‘Is this appropriate?’” he warned.

The wild swings that have seen bitcoin trade as high as $65,000 and as low as $30,000 since mid-April will have caught latecomers out. But those who bought just a year ago have almost quadrupled their money, even after the recent decline.

This volatility obscures the central lesson about how capitalism in general and securities markets in particular can help build wealth for the future. Treating trading and investing as similar pathways to financial security unjustifiably elevates the former at the expense of the latter.

Bloomberg Opinion. More stories like this are available on Bloomberg.com/opinion

Cryptocurrency backed by the central bank could provide a variety of benefits, says governor
World
4 months ago

If it buys a Tesla today but only half a Tesla tomorrow, its volatility makes it useless
Opinion
4 months ago