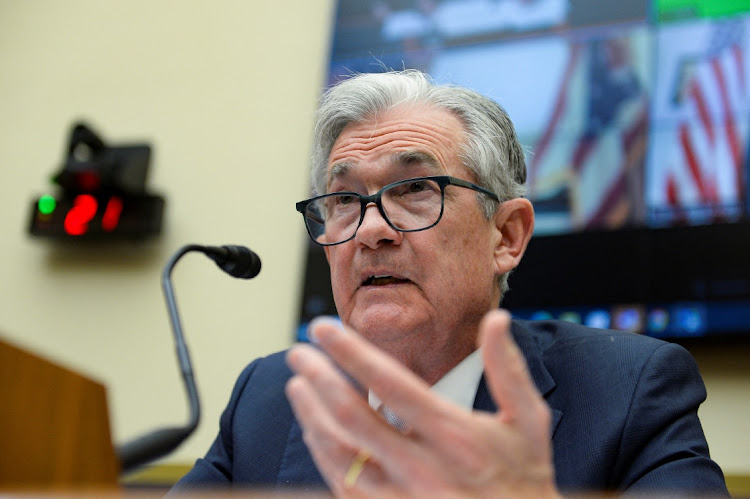 The Federal Reserve’s commitment to reining in 40-year-high inflation is “unconditional”, US central bank chief Jerome Powell told legislators on Thursday, even as he acknowledged that sharply higher interest rates may push up unemployment.

“We really need to restore price stability ... because without that we’re not going to be able to have a sustained period of maximum employment where the benefits are spread very widely,” Powell told the US House of Representatives financial services committee. “It’s something that we need to do, we must do.”

Powell’s testimony was during a second straight day of grilling in Congress over the Fed’s efforts to control inflation that, by the Fed’s preferred measure, is running at more than three times its 2% target. Fast-rising prices for fuel, food, housing and a broad array of other items are sapping American wages, hurting businesses, and lifting fears of a sharp economic downturn and a steep rise in unemployment.

On Wednesday, Powell told the US Senate banking committee that the Fed was not trying to provoke a recession but that one was “certainly a possibility,” with recent global events, specifically the Ukraine war and Covid-19 pandemic, making it more difficult to tame inflation without inducing a downturn.

Price pressures have continued to build for months, forcing the Fed to ramp up its tightening of financial conditions in an attempt to cool demand while hoping that some supply chain issues begin to untangle this year.

Last week, the Fed raised its benchmark overnight interest rate by three-quarters of a percentage point — its biggest hike since 1994 — to a range of 1.50% to 1.75%, and signalled its policy rate would rise to 3.4% by the end of this year.

Speaking in a June 15 news conference, Powell said the central bank would very likely need to raise rates by either 50 or 75 basis points (bps) at its next meeting in July. Since then, other Fed officials have echoed his stance on getting borrowing costs into slightly restrictive territory in short order.

Some have gone further.

Fed governor Michelle Bowman on Thursday said she supported a 75bps increase in July, followed by 50bps increases in “the next few” subsequent meetings, a more aggressive path of rate hikes than most of her fellow central bankers currently contemplate.

Economists polled by Reuters earlier this week forecast the Fed would deliver another 75bps rate hike in August, followed by a half-percentage-point rise in September, with no scaling back to quarter-percentage-point moves until November at the earliest.

There are already some tentative signs of softening in the still red-hot US labour market. Data released on Thursday showed new claims for unemployment benefits, which hit a 53-year low in March, edged down last week while a key gauge of manufacturing and services activity cooled to its slowest growth path in five months.

Under questioning by members of the House panel on Thursday, Powell said there was a risk the Fed’s actions could lead to a rise in unemployment. The US jobless rate stood at 3.6% in May.

“We don’t have precision tools,” he said, “so there is a risk that unemployment would move up, from what is historically a low level though. A labour market with 4.1% or 4.3% unemployment is still a very strong labour market.”

At the same time, however, Powell said a recession is not inevitable, as even former Fed colleagues have claimed; he expects US economic growth to pick up in the second half of this year after a sluggish start to 2022.

Over the course of the three-hour session, Powell was asked about the possibility of raising the Fed’s 2% inflation target, a solution proposed in some circles as one way to give the central bank more scope to boost employment. His response was definitive: “That’s just not something we would do.”

Powell was equally dismissive of the possibility of cutting interest rates in a hypothetical situation where unemployment was rising and inflation remained high. “We can’t fail on this: we really have to get inflation down to 2%,” he said.

The Fed chief also was asked about the central bank’s balance sheet, which was built up to about $9-trillion during the pandemic in an effort to ease financial conditions and is now being pared. The Fed aims to get it “roughly in the range of $2.5-trillion or $3-trillion smaller than it is now”, Powell said.

Investors can get a firm grip on stagflation by considering assets that are designed for the current economic reality such as gold, commodities and ...
Opinion
2 weeks ago