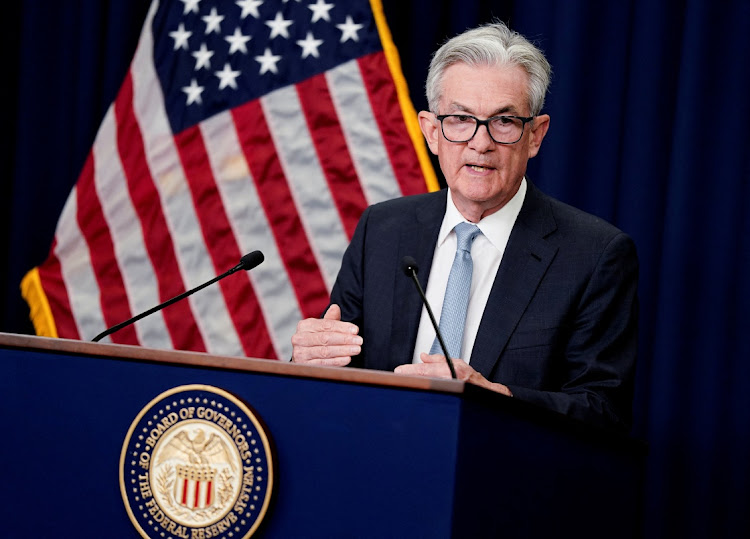 The Federal Reserve is “strongly committed” to bringing down inflation that is running at a 40-year high and policymakers are acting “expeditiously to do so”, Fed chair Jerome Powell said on Wednesday.

“It is essential that we bring inflation down if we are to have a sustained period of strong labour market conditions that benefit all,” Powell said at a hearing before the US Senate banking committee, adding that the central bank in coming months will be looking for “compelling evidence” of easing price pressures.

Inflation continues to run well above the Fed’s target level of 2%. A gauge of price increases that excludes volatile food and energy costs may have flattened out or eased somewhat in May, Powell testified, but Russia’s Ukraine invasion and Covid-19 lockdowns in China are putting continued upward pressure on inflation.

One week ago, the Fed raised its benchmark overnight interest rate by three-quarters of a percentage point — its biggest hike since 1994 — to a range of 1.50% to 1.75%, and signalled rates would rise another 1.75 percentage points in 2022.

That steep rate hike path, designed to slow the economy, has sparked widespread concern about a recession and a weakening of labour markets.

At the Senate committee on Wednesday, Powell pledged an “overarching focus” on bringing down inflation and reiterated that ongoing increases in the Fed’s policy rate would be appropriate, with the exact pace dependent on the economic outlook.

“Inflation has obviously surprised to the upside over the past year, and further surprises could be in store,” he said, adding that policymakers would need to be “nimble” in response to the incoming data.

“The American economy is very strong and well positioned to handle tighter monetary policy,” he said.

Powell's remarks to the committee also showed just how much the inflation environment has changed in the three months since he delivered the first of his semi-annual reports to legislators.

At that time, he described inflation — which was running at 6% a year by the Fed’s preferred measure — as “likely to decline over the course of the year.”

Little sign of that has emerged since those remarks, despite 150 basis points (bps) of rate hikes so far in 2022 and more to come.

In an indication of how inflation has emerged as a thorny political issue that threatens to tip the balance of power in Congress to Republicans in elections this November, Powell found himself under fire from both the left and right.

Senator Elizabeth Warren, a Democrat representing Massachusetts, for one, took the Fed to task for pushing through rate hikes that raised the risk of a recession that could put millions out of work.

In one of the more heated criticisms of the Fed’s response to inflation, Republican senator John Kennedy of Louisiana said inflation was hitting his constituents “so hard they are coughing up bones”.

Republican Senator Thom Tillis of North Carolina, meanwhile, chided Powell for not lifting rates sooner even though a number of well-known monetary policy rules would have triggered such a move had the Fed followed them.

The Fed has never used policy rules “in a big way”, Powell answered, adding that the central bank's policy rate is likely by the end of this year to be near the level prescribed by one of the more popular ones — the Taylor Rule.

The median projection among Fed policymakers released last week showed they expect the target rate to rise to 3.4% by the end of the year. Prices of fed funds futures contracts have fully priced in a 75 bps rate hike at the central bank’s July policy meeting and about even odds of a policy rate in the 3.5%-3.75% range at the end of 2022.

Fed officials’ latest projections see economic growth slowing to below trend this year while the US unemployment rate — currently 3.6% — starts to tick higher. Meanwhile, they have materially tempered their expectation for how quickly inflation will subside, with a median forecast for a year-end annual rate easing to 5.2% by their preferred measure from 6.3% as of April. In March, they had put that figure at 4.3%.

Powell’s remarks to the Senate committee kicked off the first of two days of semi-annual congressional appearances to update US legislators on the state of the economy and monetary policy; he will testify before the US House of Representatives financial services committee on Thursday.

JPMorgan will lead the group with $18.9bn in combined dividends and share buybacks after the Federal Reserve stress tests
News
1 week ago