Los Angeles, the trade gateway to the US 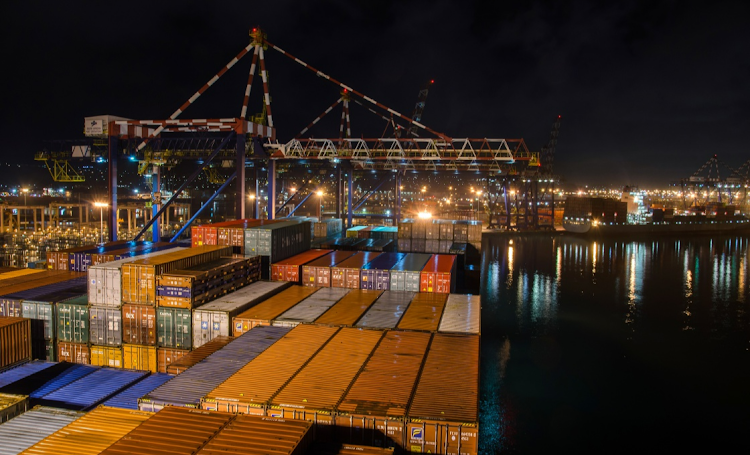 The US’s shortage of labour, products and services — provoked by Covid-19’s disruption of the global economy — has a platinum lining in Los Angeles.

Obscured by unprecedented supply-chain bottlenecks, California’s largest city and number two in the US after New York, has no peers unloading, processing and transporting the nation’s imports from its two busiest ports.

Being the supreme gateway for US trade helps make the Southern California area of about 1,600km² (Los Angeles, Long Beach and Anaheim) the fastest-growing labour market among the five largest American metropolises during the past year and perennially number one for factory workers, according to data compiled by Bloomberg.

The almost 65 container ships at anchor waiting to discharge cargoes also masks their direct and indirect benefits to corporate Los Angeles, including a variety of financial firms chasing business from China to South Korea.

Some 474 publicly traded companies in the region were national laggards until 2020, when they rebounded to become the best performers in the stock market among their peers in the top five cities. At the same time, home prices provided the greatest risk-adjusted return — appreciation with the lowest volatility — despite the shakeout caused by the pandemic.

“There is an undeniable effect on the success of the ports and the success of the economy,” said Gene Seroka, executive director of the Port of Los Angeles, which has had 49% growth since 2020, the biggest increase in nine years based on data compiled by Bloomberg. Long Beach shipping expanding 29% during the same period means the two ports accounted for 37% of the US market since the pandemic, more than double the share of the Port of New York and New Jersey, the closest competitor.

“We have the largest manufacturing employment base, about 390,000 individuals, based in Los Angeles County,” Seroka said last month at his office in San Pedro. “One in nine jobs in Southern California’s five-county region emanate from this port, so whether you’re an administrator like myself, a dock worker, a truck driver or a logistician, a warehouse manager and everything in between, there are about 1-million pay cheques that come out every week dedicated on business done here at this port complex.”

Los Angeles mayor Eric Garcetti, the former Navy Reserve lieutenant, Rhodes scholar and jazz pianist who is in the fourth year of his second term, follows shipping the same way he reads music.

“Here, one out of nine jobs in the region, one out of 50 in the country — it’s 2% — can be linked to the port,” he said in September during an interview in his city hall office. “One of the most exciting things that I always do is I’ll sit down with a member of Congress from Maine, Florida or Alaska and let them know how many jobs come through the Port of LA that they depend on.”

As a champion of public-private partnerships, Garcetti was able to raise $50m in two weeks for the 2028 Olympics that will take place in the city, and he was more than a decade ahead of Green New Deal Democrats when he authored Los Angeles’ clean water bond and municipal green-building ordinances.

Improved infrastructure may be his biggest legacy, with the record $14bn spent to increase annual passenger airline traffic to more than 100-million, from 87.5-million in 2018. The $4.9bn contract for Los Angeles International Airport, one of the few in the US with nonstop daily flights to six continents, was the largest in the city’s history and is maintained by the private sector.

When President Joe Biden announced in October that the Port of Los Angeles will follow Long Beach by operating 24 hours a day to relieve the backlog preventing timely delivery of goods to the US, he confirmed Los Angeles’ essential part in running the US economy.

“The cargo that traverse this port reaches each and every one of our nation’s 435 congressional districts,” Seroka said. “The port is a national treasure,” Garcetti said, “because investing in the Port of Los Angeles is investing in the USA.”

Austin, which captivated headline writers as the destination of choice for such California CEOs as Tesla’s Elon Musk, remains an also-ran at 16.4%, according to data compiled by Bloomberg.

The 22 major publicly traded companies based in Los Angeles with at least a $1bn market capitalisation returned 33% this year through September 20 and 59% for the 12 months ended on that date, handily beating their peers in New York, 27% and 56% respectively; Chicago, 16% and 33%; and Houston, 28% and 54%, according to data compiled by Bloomberg. The winners include B Riley Financial, up 168% the past 12 months; Korn Ferry, up 142%; and Preferred Bank, up 107%, data compiled by Bloomberg show.

“It often surprises people that Los Angeles county is the largest manufacturing county in the country in terms of value,” Tom O’Brien, executive director for international trade and transportation at California State University Long Beach, said.

What makes Los Angeles unique is that “it is the fastest route from North Asia to the interior of the country to our population of any port or gateway in the US,” said Seroka. That means “getting on a ship in Shanghai and running 13 days to LA, getting on a train that’s no less than three miles in length, running to Chicago, 100 times per day, is the best way to go.”

Garcetti, who may soon be shipping off to India as the next US ambassador, said he realised after he was elected mayor in 2013 that the hand-wringing over companies giving up their Los Angeles headquarters wasn’t necessarily a sign of weakness.

“I realised one daily transoceanic flight was worth more than a Fortune 500 company,” he said. “We had them twice a day before the pandemic. LA always has been a start-up business type of place, and LA is the third-largest metro economy in the world now. It will be the most important city to be in.”