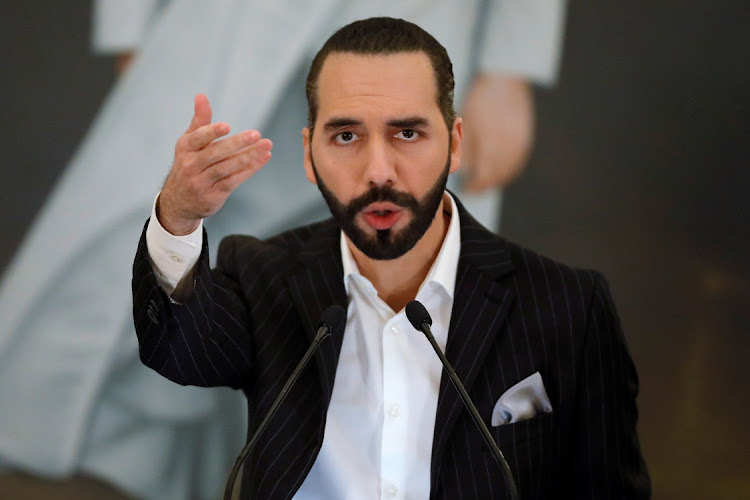 El Salvador’s adoption of bitcoin won’t be an obstacle for the government to reach a $1.3bn loan agreement with the International Monetary Fund, according to the country’s central bank president.

The cryptocurrency will lose its reputation as a speculative asset and prove its use as a legitimate payment system, central bank President Douglas Rodriguez said. He even expects bitcoin’s notorious price volatility to help the economy expand more than the 9% the bank forecasts it will this year.

“We don’t see any risks. Perhaps, upside risks,” Rodriguez said in a virtual interview from the capital, San Salvador. Bitcoin will “become a payment system, a system for financial inclusion”.

It’s something he said the nation has emphasised to the IMF amid talks for a potential $1.3bn extended fund facility. The IMF is expected to release its latest review on El Salvador’s finances and economics next month, which could jump-start renewed discussions. Investors are closely monitoring the drawn-out negotiations, especially in the shadow of controversial political decisions under President Nayib Bukele, such as replacing top judges and making bitcoin legal tender.

Though the nation doesn’t have major dollar bond payments until 2023, it’s highly indebted and needs a deal with the multilateral lender to unlock access to international markets next year.

“We’ve explained openly to the IMF: For us, chivo [El Salvador’ official bitcoin and dollar wallet] and bitcoin is simply a payment method,” said Rodriguez, who was named central bank chief in September 2020. Rodriguez worked in two municipal governments while Bukele was mayor and joined the finance ministry in 2019 when Bukele became president.

Risks surrounding the adoption of bitcoin, the uncertainty of an IMF deal and other policy moves drove the extra yield that money managers demand to hold El Salvador’s sovereign debt over US Treasuries to a peak of 1,115 basis points in September, above the threshold considered distressed. The IMF warned in June of the financial and regulatory challenges of using cryptocurrency while Moody’s Investors Service said the move jeopardises a programme with the fund. As of Monday, the risk premium was at 975 basis points, according to JPMorgan Chase & Co. indices.

Money managers are also watching for risks as the government considers potential pension reform. While Rodriguez said changes won’t affect retirement age and will guarantee a “dignified pension”, it hasn’t been defined whether any, all or part of the system will be nationalised, he said.

Adoption of the cryptocurrency is a way for Salvadoreans to access more payment methods in a nation where more than three-quarters of citizens are unbanked, Rodriguez said. He called it a means of inclusion for those whom the financial industry deems too low-income or high-risk.

Salvadoreans began using the government’s chivo wallet last month, which came preloaded with $30 in bitcoin, to buy dips and sell rallies with fractional amounts of the cryptocurrency.

Businesses in San Salvador, from Starbucks and McDonald’s to local electronics stores, have begun to accept it in exchange for goods. Rodriguez reiterated that use of the cryptocurrency was optional and expected it to be used alongside the US dollar.

The next step for the government is providing Salvadoreans living in the US with identification numbers, a requisite for opening a chivo account, he said. Doing so could offer a cheaper way for those living abroad to remit money, Rodriguez added.

The central bank expects remittances to rise to a record $6.3bn this year, 31% more than in 2020, as the US economy rebounds. Larger inflows could lead the bank to revise its growth forecast up to 10% before the end of the year.

SPONSORED | From the year’s biggest financial stories to ESG and recommended reads, Yves Bonzon, group CIO at the Swiss wealth manager tells it all
Companies
9 months ago
Next Article