Brazil’s leader, who was stabbed in the stomach in 2018, may need surgery after more than 10 days of hiccups 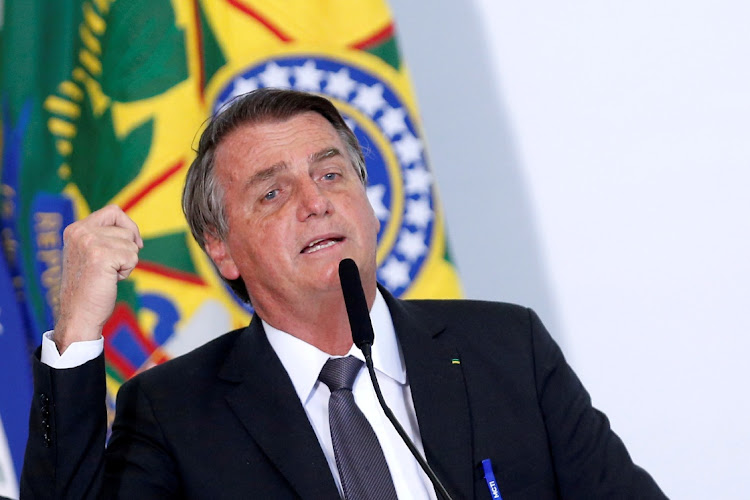 Brazil’s Jair Bolsonaro was diagnosed with an intestinal obstruction and will be flown to Sao Paulo for additional tests that will tell whether he needs to undergo emergency surgery.

The 66-year-old president was taken to hospital in Brasilia earlier on Wednesday with abdominal pain after more than 10 days of hiccups. Antonio Luiz Macedo, the surgeon who operated on Bolsonaro after his 2018 stabbing, was called to evaluate his situation and decided to transfer him to Sao Paulo, according to a statement from the presidential office.

“He will have additional exams to determine whether an emergency surgery will be needed,” the statement read.

Bolsonaro, who has undergone a series of surgeries since his stabbing in the stomach on the campaign trail, said in April he was supposed to have another procedure to treat a hernia developing at the site of the operations.

Bolsonaro has been publicly complaining about hiccups for several days. Last week, he apologised to the audience of his weekly live webcast for not being able to speak normally due to the issue.

The hiccups could be associated to medication Bolsonaro has taken after a recent tooth implant or oesophagus irritation after the series of abdomen surgeries he underwent since his stabbing, according to medical experts.

Bolsonaro’s office confirmed his entire agenda was cancelled, including his visit to the supreme court where he would meet top justice Luiz Fux, Lower House speaker Arthur Lira and Senate president Rodrigo Pacheco, amid rising tension between the three branches of government.

The meeting’s goal was to set “solid basis for Brazil’s democracy, and stability for the political regime”, according to Fux, and followed Bolsonaro’s repeated and unsubstantiated allegations of election fraud.

Brazil’s far-right leader is pushing a bill requiring the nation’s 470,000 voting machines to generate a paper record of each ballot
World
2 weeks ago

President Jair Bolsonaro has denied wrongdoing, saying on Monday he was not aware of any irregularities
World
4 weeks ago

The worst water crisis in almost a century is fuelling inflation, presenting a challenge for Brazil’s central bank and the president’s re-election ...
World
1 month ago
Next Article