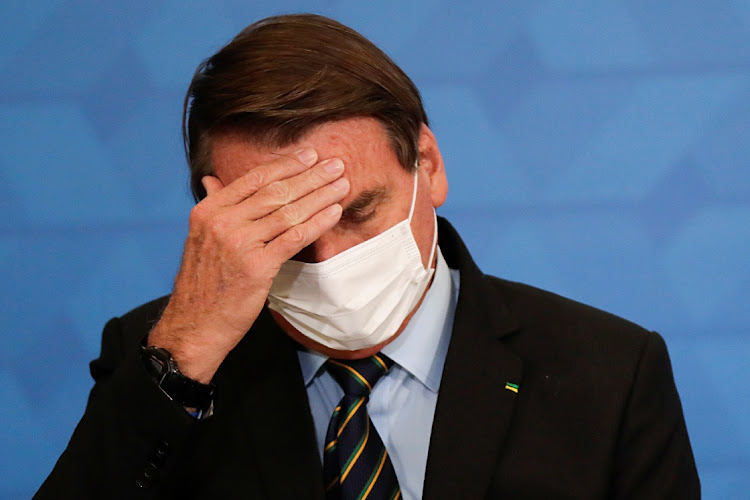 A former Brazilian health minister set a harsh tone at the beginning of a congressional probe into President Jair Bolsonaro’s handling of the pandemic, accusing him of fuelling the coronavirus crisis, and the economy minister of doing nothing to prevent it.

Luiz Henrique Mandetta, the first of Bolsonaro’s four health chiefs during the pandemic, mentioned a long list of mistakes he sees as committed by the president since the virus appeared in Brazil last year. He frequently repeated the mantra “I warned him” during more than six hours of testimony on Tuesday. The investigation was continuing on Wednesday with former health minister Nelson Teich scheduled to speak.

Poor diplomatic relations with top vaccine producer China and disregard for social distancing and sanitary measures were major mistakes made by Bolsonaro, according to Mandetta. He also accused the president of ignoring data about the exponential increase in cases and deaths by Covid-19 and touting unproven medication against the virus.

The senate probe represents an attempt to hold the far-right president accountable for one of the world’s worst coronavirus outbreaks, and follows dozens of impeachment requests already filed against him. While the outcome of the investigation is uncertain, it is likely to provide Bolsonaro’s foes with a platform to attack him for months, possibly delaying the approval of reforms by congress.

“Mandetta left the government because he tried to warn the government about the seriousness of the pandemic,” Senator Simone Tebet said after his testimony. “We’ll seek the truth, who was responsible, who was absent when thousands were dying every day.”

Mandetta said Bolsonaro could be prosecuted for pushing chloroquine, an anti-malaria medication unproven against the coronavirus, as part of the government’s anti-Covid treatment.

He also accused economy minister Paulo Guedes of underestimating the severity of the crisis and being dishonest when talking to legislators about the issue. Guedes was one of the voices that influenced Bolsonaro to focus on the economy instead of curbing the virus spread, he said.

The economy ministry and the presidential office did not immediately respond to a request for comment.

Mandetta is the first former health chief to testify in the senate. Gen Eduardo Pazuello, who headed the ministry between June 2020 and last March, requested his testimony to be postponed due to a suspected reinfection by the coronavirus.

The senate committee is collecting evidence, interviewing experts and government officials over the next three months and its conclusions could potentially hurt Bolsonaro ahead of his re-election campaign in 2022. In 1992, former president Fernando Collor de Mello was removed from office after a congressional committee found evidence of corruption in his government.