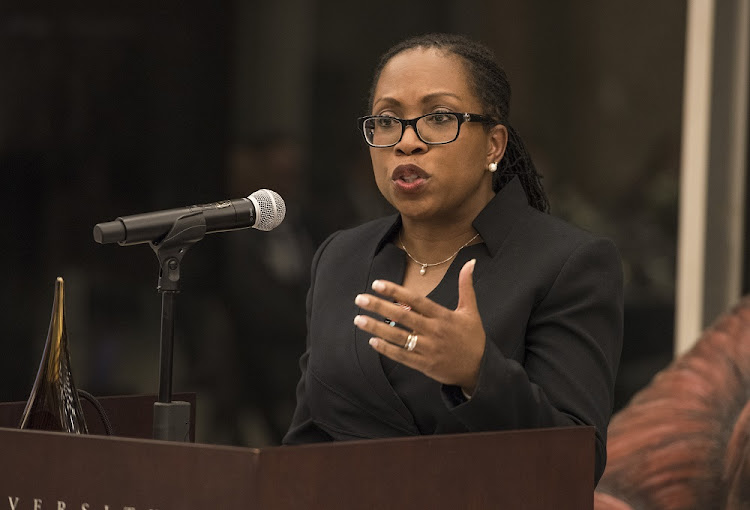 Washington — US President Joe Biden launched his effort to reshape the federal judiciary on Tuesday, announcing a diverse slate of judicial nominees with a wide range of experience, including public defenders.

The push comes as Biden seeks to counter the mark on the federal bench left by former president Donald Trump, who had more than 230 mostly conservative judges confirmed during his four years in power. Biden’s picks are also aimed at fulfilling a campaign promise to choose diverse nominees and transform the composition of  the courts.

Biden announced his intent to nominate 11 people to fill federal district and appeals court vacancies, moving quicker than any modern president to put forward a large number of nominees.

The picks included Ketanji Brown Jackson for the powerful US Appeals Court for the District of Columbia, one of three black women selected to fill appeals court vacancies, and Zahid Quraishi, who would be the first Muslim-American federal judge in US history. 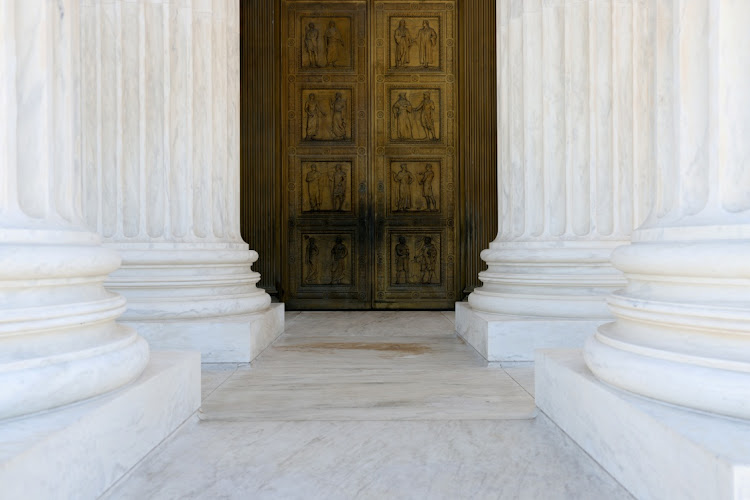 The front doors of the US supreme court building in Washington, the US. Picture: REUTERS/JONATHAN ERNST

Biden also nominated Florence Pan, who would be the first Asian-American woman to serve on the US District Court for the District of Columbia, and Lydia Griggsby, who would become the first woman of colour to serve as a federal judge in Maryland.

In total, Biden chose nine women and two men for his first crop of judicial nominees. The president has faced pressure from liberals to make good on promises to diversify the federal government through his picks for powerful posts.

“This trailblazing slate of nominees draws from the very best and brightest minds of the American legal profession,” Biden said in a statement. “Each is deeply qualified and prepared to deliver justice faithfully under our constitution and impartially to the American people — and together they represent the broad diversity of background, experience and perspective that makes our nation strong.”

Biden sought to get a fast start in his drive to overhaul the federal bench while the Senate is under Democratic control. Tuesday’s slate was the first of a number of batches of judicial nominations the president plans to announce in coming weeks and months, according to a senior administration official.

All the nominations are pending confirmation by the Senate, which is split 50-50, meaning the loss of even a single Democrat would require Republican support that could be difficult to muster. Biden already has been forced to scrap his nomination of Neera Tanden to be White House budget director amid objections from Democrats and widespread opposition from Republicans.

Winning Republican support could prove increasingly difficult as next year’s midterm elections approach, especially given the razor-thin margin of control in the Senate. Republicans have a chance of gaining control of the chamber when voters go to the polls in November of 2022, a development that would dramatically curb Biden’s ability to stock the federal judiciary.

“These highly qualified and diverse nominees are clearly worthy to be considered for these important appointments,” said Senate judiciary committee chair Dick Durbin, an Illinois Democrat. “I look forward to processing these nominations expeditiously and to hearing from these nominees.”

Biden already starts off behind his predecessors in terms of total current vacancies he has available to fill, according to a recent Brookings Institution report. Of the past six presidents, only Ronald Reagan in 1981 had fewer vacant seats by this time in his presidency. Senate minority leader Mitch McConnell has said the pace of judicial nominations during Trump’s presidency was one of the upper chamber’s biggest achievements under Republican control.

While Trump’s judicial nominees were mostly white and male, Biden sought to diversify not just the racial backgrounds of his picks but also their professional experience. Four of Biden’s 11 nominees previously served as public or federal defenders, a profession that’s underrepresented among federal judges, who came primarily from the ranks of prosecutors’ offices or large corporate law firms during previous administrations of both parties. Biden was determined to choose nominees who better represent the nation they serve, according to the senior administration official.

Tuesday’s picks also include people with experience serving in the military and working in family courts.

Julien Neals, a nominee for the US district court for New Jersey, is a black man who previously worked as a county administrator. Candace Jackson-Akiwumi, a nominee for the Chicago-based US Court of Appeals for the Seventh Circuit, was a federal public defender in Illinois for a decade.

“These nominees are an important step towards fixing our judiciary and creating more equal justice, especially after the ways in which the judiciary was reshaped over the last few years,” said Lena Zwarensteyn, an official at the Leadership Conference on Civil and Human Rights.

Biden also took nominees’ age into consideration when making his picks, the senior administration official said. He was committed to choosing candidates based on their experience and qualifications no matter if they were in their 30s and 40s, according to the official. By choosing younger nominees, Biden’s stamp on the bench could last longer.

Biden has vowed to nominate the first black woman to the supreme court. Brown Jackson, 50, has been rumoured to be a possible nominee.

At his first White House news conference, the US president also compares Xi to Putin and takes aim at Republicans' tactics
World
3 weeks ago