In the game of politics, the players are often fools. A creative solution is required to neutralise the threat they pose to society 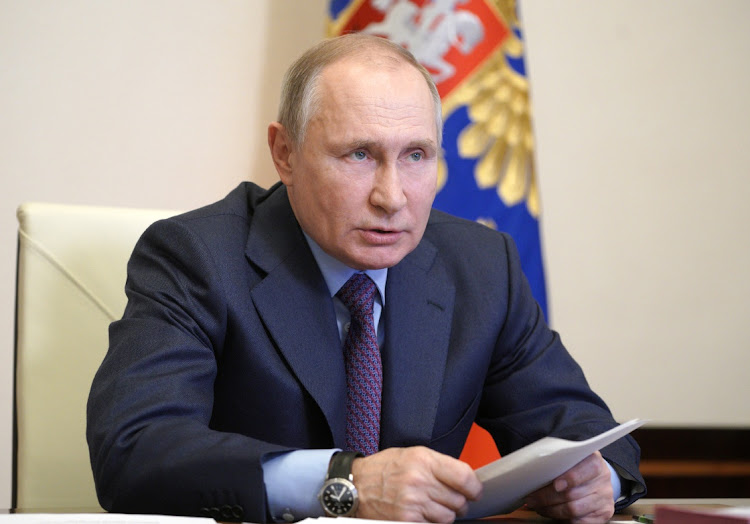 Did I really just read this headline, or did I imagine it? "‘Takes One to Know One’: Putin-Biden Spat Escalates After ‘Killer’ Accusation."

These are boys with nuclear toys, and almost unimaginably big and violent gangs to do their bidding. Should they be indulging in silly name-calling?

I know we like to preserve our sanity by thinking of politicians as egocentric, power-hungry and immature, because that’s the only way we can make sense of the vicissitudes of life. But it’s decidedly disconcerting when it’s proven real in quite so stark a fashion.

According to The Guardian, Vladimir Putin "shrugged off accusations from Joe Biden that he was a ‘killer’, saying: ‘It takes one to know one.’"

In what I assume is a parody of the mean kid taking away his football because the others won’t play nice, Russia recalled its envoy in Washington, warning the US, in the words of The New York Times, of the possibility of an "irreversible deterioration of relations".

It’s probably worth remembering that the Americans, those lovable and blundering dispensers of military might to the world, use the word "football" to refer to the briefcase that their president carries around in case he needs to authorise a nuclear attack.

According to a 2005 Associated Press article, the football got its name because an early version of the nuclear war plan was code-named "Dropkick".

The aide who carried the football for president Gerald Ford, Bob Barrett, described how much fun it all is. "You’re wonderfully overwhelmed by it."

And these guys take their sportsing extremely seriously, it seems. "Barrett also remembers the palpitations he felt during a trip to France when the football was inadvertently left behind at the airport as Barrett departed in a motorcade with Ford. A US security official passed the suitcase through the window to him from a moving car that caught up to the motorcade."

What we’re seeing now is the shadow play of malevolent politics, and those of us who have achieved this clarity of vision, need to call it out more forcefully

It’s not often a metaphor becomes literal. As you’ll remember, when Donald Trump lost his bid for a second term, he refused to attend Biden’s inauguration, which is when the football is normally handed over to the incoming president. Yes, Trump actually took his football home to Mar-a-Loco, or whatever his ghastly golf resort is called, and wouldn’t let Biden play with it. They had to give Biden a new one, and deactivate Trump’s.

To veer back to the topic at hand: the current schoolyard discourse doesn’t end with the Biden/Putin hissy fit. All the kids are playing.

In another meeting last week, this time between China and the US, things deteriorated when the two parties indulged in a spat about who had the worse human rights record — the superpower version of accusing each other of being a bully.

A spokesperson at the Chinese foreign ministry "told a press briefing in Beijing that China had not intended for the talks to take a ‘confrontational’ turn, and that was not what Beijing was aspiring to", according to The Guardian.

He reportedly said: "It was the US side that … provoked the dispute in the first place, so the two sides had a strong smell of gunpowder and drama from the beginning in the opening remarks. It was not the original intention of the Chinese side."

Really? "It’s not our fault, they started it?"

Coincidentally, I wrote this column on a long weekend away, which I spent in the rare company of my two nieces, three-year-old Charlotte and five-year-old Georgia. So I was perhaps hyper-attuned to the speech mannerisms of children — though most of us are, after having endured four years of that unspeakable man-child Trump playing conkers with the globe.

My nieces are still in that phase where their father can do no wrong, where they trust him to have their best interests at heart. Little do they know that he’s basically making it all up, like parents everywhere. And we all know what happens when they hit their teens, and find that out. Tears and disillusion.

I sometimes feel that our relationship with politicians takes the same trajectory.

Was there ever a time we trusted politicians, even mildly? I feel there was, or why did we bother voting? And I know there are still people out there who believe the maddest things — and here we’ll pause to give a shout out to the idiots in SA who took part in last week’s laughable "worldwide" protest against masks, 5G, left-handed people and red cars. So conceivably there are still, somewhere in this wide, fractured world of ours, people who think politicians are sober, intelligent souls dedicated to improving the lives of all.

I’m generalising enormously here. There are, I am sure, politicians who are in the game because they want to better the lives of their fellow citizens. It’s just that these fellow citizens are fairly strictly defined as a group, and inevitably to the detriment, if not downright exclusion, of others.

When we see the ruptures in political veneers, are we seeing something that’s not just foisted upon us, but that we’re complicit in creating? When we see these irruptions of political petulance, are we seeing out-of-character behaviour, or the fundamental core of what is wrong with politics? And why is it so much more noticeable now, as if we weren’t paying enough attention earlier? Has something changed about the way we see?

In William Kentridge’s "Six Drawing Lessons", his lectures for the prestigious Charles Eliot Norton lecture series at Harvard in 2012, he speaks of Plato’s allegory of the cave.

The allegory is found in The Republic, a Socratic dialogue written by Plato sometime around 375BCE. One of the issues addressed is what constitutes a just city-state, and Socrates takes us through four types of government, of which democracy is the third. Some of the questions posed are still relevant.

"Say then, my friend, in what manner does tyranny arise? — that it has a democratic origin is evident … And does not tyranny spring from democracy in the same manner as democracy from oligarchy?"

The step after democracy, concludes Socrates, is tyranny.

One clear example of this seismic shift from democracy to tyranny is the "militia" that "defends" Jacob Zuma from what they see as the threat of justice.

In truth, if we weren’t inured to the absurdities of SA’s political reality, we would see this more clearly as what it is: a startling and fundamental threat to our democracy. That a corrupt politician can have his own army, and that the government is apparently powerless to do anything about it, is frightening.

As the University of Limpopo’s professor Omphemetse Sibanda writes on the Daily Maverick website: "The picture of MKMVA [Umkhonto weSizwe Military Veterans Association] members stationed at Nkandla, in military regalia, is one of the most chilling recent threats to stability and law and order in SA … If this were another country in Africa, I would guess that a coup was likely should tensions escalate. But this is SA."

Americans said a similar thing when discussing the impossibility of Trump being elected as president. "But this is America."

Kentridge’s account of Plato’s allegory of the cave is long and detailed, so I’ll turn to the ever-trusty Wikipedia for a more abbreviated description. "In the allegory, Socrates describes a group of people who have lived chained to the wall of a cave all their lives, facing a blank wall. The people watch shadows projected on the wall from objects passing in front of a fire behind them and give names to these shadows. The shadows are the prisoners’ reality, but are not accurate representations of the real world …

What it means:
If our leaders turn bad, it is largely the fault of the general citizenry, and it’s up to them to fix the problem

"Socrates explains how the philosopher is like a prisoner who is freed from the cave and comes to understand that the shadows on the wall are actually not reality at all. A philosopher aims to understand and perceive the higher levels of reality. However, the other inmates of the cave do not even desire to leave their prison, for they know no better life."

Kentridge argues that the shadows are an extension of ourselves, and that we control these versions of our realities.

He also writes: "From this, Plato tells us, comes the ethical imperative of the philosopher. The man who has seen the light and apprehended the understanding that follows from it has a duty to return to the cave, to unshackle those in darkness, and to bring them up from the cave into the light. If necessary, this must be done with force. The nexus of enlightenment, emancipation and violence emerges. Our agenda has been set."

What we’re seeing now is the shadow play of malevolent politics, and those of us, those of you, who have achieved this clarity of vision, need to call it out more forcefully.

The reason I’m citing an artist like Kentridge is we’re going to need a creative solution to deal with the private armies, petulant squabbles and playground populism of the political chancers out there trying to move us from democracy to tyranny. It’s going to take thoughtful engagement, and while we might not be comfortable with the idea of violence, it certainly is going to need to be forceful.

Politicians playing politics have passed from being unedifying spectacle, and are now an immediate and existential threat.

Dudu Zuma-Sambudla is Jacob Zuma’s very own Twitter hagiographer. All who join the former president for tea at Nkandla are similarly cast as heroes ...
Features
4 months ago

The recent name changes in SA have elicited a flood of whining and clichéd complaints. It’s hard not to see racism, entitlement and sheer stupidity ...
Features
5 months ago
Next Article