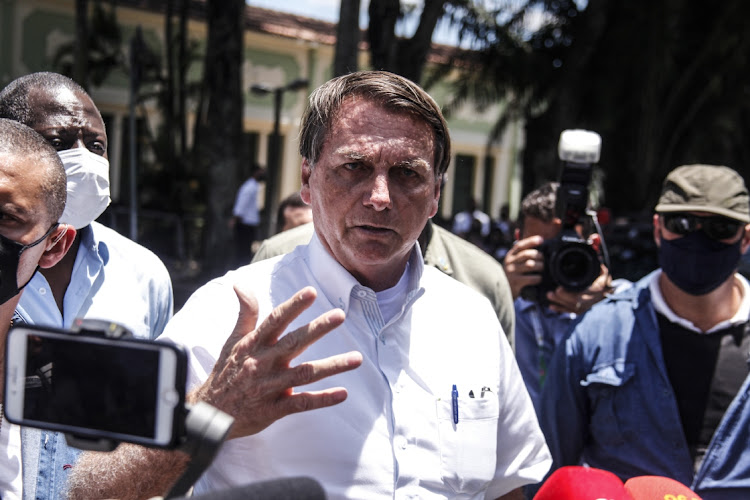 Brasilia — Paulo Guedes joined the administration of Brazil’s Jair Bolsonaro in 2019 as a super minister with the mission to fix and run Latin America’s largest economy through an ambitious programme of privatisations, spending and tax cuts, and deregulation.

Two years later, it is his boss, who admittedly understands nothing about economy, who is calling the shots and moving away from Guedes’s market-friendly agenda.

Bolsonaro’s decision to replace the head of state-controlled oil company Petrobras after a feud over fuel prices sent Brazilian markets into a tailspin on Monday, with investors viewing the move as a sign that Guedes’s era is drawing to a close.

His future in office is still a matter of concern for many investors who see him as the last line of defence against Bolsonaro’s natural inclination towards interventionist policies amid a record fiscal deficit. The stakes are rising as Brazil’s economic recovery sputters and the president worries about the 2022 presidential campaign, with his popularity dropping after a programme of Covid-19 aid to the poor expired in December.

“Guedes is in a complicated spot. The impression is that he no longer has the strength he had in 2019,” said Sergio Vale, chief economist with MB Associados. “With the president looking at re-election, prices climbing as they are and his popularity this low, the economy minister ends up being steamrollered — like he was now.”

The ouster of the Petrobras’s CEO is particularly revealing of Guedes’s standing in the government because it mirrors a similar confrontation in 2019, when the president suspended a planned fuel-price hike by the oil company. At the time, Guedes said he would “fix” the situation.

This time, the minister has remained silent as he watched the demise of Roberto Castello Branco, the outgoing CEO of Petrobras. Castello Branco was one of Guedes’s fellow colleagues from the University of Chicago, whom he personally invited to join the government and help him implement the pro-market economic policies the school is famous for.

The economy ministry declined to comment on the story.

That Bolsonaro, as one person familiar with his thinking described it, no longer shows any scruples about undermining Guedes’s market-friendly agenda leaves investors and former members of the economic team wondering what is holding the minister in office.

“Guedes is resilient, obstinate and determined, but he did not realise that he was defeated,” Salim Mattar, former privatisations secretary and a close friend of the minister, said at the weekend. Mattar stepped down in 2020 saying he was frustrated with lack of progress in the privatisation programme.

Guedes does not want to step down before leaving an economic legacy he can be proud of, according to three government officials close to him. Yet he has started to signal that his permanence in the government hinges on the future of an emergency bill on which legislators are due to vote on Thursday.

The constitutional amendment would allow the government to bypass fiscal rules for a second consecutive year to provide another round of cash handouts to poor Brazilians. In exchange, it establishes a new crisis protocol for future emergency spending. Even if approved as suggested by Guedes, the proposal pales in comparison with his initial plans to reestablish fiscal austerity in Brazil this year.

The outlook for additional austerity reforms in congress also looks uncertain under the new leadership of lower house speaker Arthur Lira, elected this year to replace Rodrigo Maia. While more politically aligned with Bolsonaro and willing to deliver on some reforms, the new house speaker has no commitment to Guedes’s market-friendly agenda, according to a legislator close to him.

Instead, the legislator said, Guedes will navigate even more troubled waters from now on as Bolsonaro is making it clear that he is not willing to follow the recommendations of his economic advisers.

“Of course the new house leadership is more tolerant of interventionism,” said Kim Kataguiri, a legislator critical of Bolsonaro who is deputy leader of the centre-right Democrats party. “Lira has been elected on a public spending platform and, behind the scenes, he is a fierce critic of economic liberalism.”