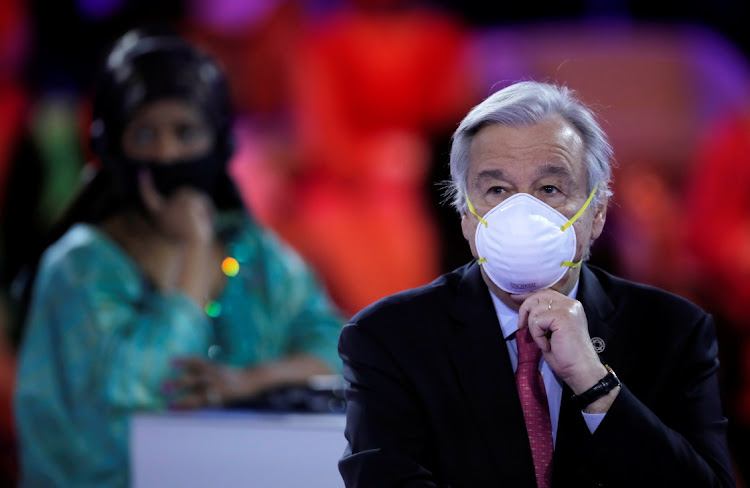 Western powers seeking to isolate Russia over Ukraine are disappointed at what they see as lukewarm support from African nations at the UN general assembly — where their 54 votes form a bloc big enough to swing resolutions.

The Ukraine war comes at a time of heightened rivalry between the West, China and Russia for Africa’s natural resources, trade and security ties.

Below are some reasons for the continent’s divided stance:

On the day of the invasion, February 24, the AU unequivocally called on Russia to respect “the territorial integrity and national sovereignty of Ukraine”, while Kenya’s UN ambassador, Martin Kimani, spoke for many when he compared Russian aggression to that of Africa’s former colonial masters.

However, African votes on UN resolutions have been mixed; for example, on the suspension of Russia from the Human Rights Council, nine African nations voted against, 23 abstained, 11 didn’t vote and only 11 backed it.

While an abstention might look “pro-Russian”, Russia has also threatened countries that abstain, underscoring how squeezed would-be neutral parties are.

The West has meanwhile stepped up its efforts to vie for African hearts and minds. That could serve the continent well.

“It makes sense for [the West] to maintain those relationships [with African countries],” said Cayley Clifford, researcher at the SA Institute of International Affairs. “This whole conflict ... almost gives Africa the upper hand.”

Africa’s not a country

Analysts note that African countries have varying motives when it comes to Russia, so talk of an “African position” makes little sense.

“You can’t just brush it with one paint. There is no ‘African view’. There are various views based on various historical reasons,” said Comfort Ero, president of the International Crisis Group.

Kenya is pursuing a security partnership with the US against Somalia-based Islamist militants; Nigeria seeks support against Islamic state and Boko Haram; Ghana has sought to deepen US cultural ties by becoming Africa’s premiere slave heritage tourism destination.

Many that do not back the West’s stance — including SA, Eritrea and the Central African Republic — have close trade and security ties with Russia they don’t want to jeopardise.

The diplomatic heavyweight least inclined to back the West is SA, which went so far as proposing an alternative resolution that didn’t mention Russia’s invasion of Ukraine.

SA’s close trade and historical ties with Russia are often invoked, but analysts say it’s less to do with this — SA trades many times more with Nato countries — than with its non-aligned ideology, as outlined by foreign minister Naledi Pandor in a speech last week.

African countries have long resented being a theatre for distant power struggles happening in faraway capitals.

“It’s a feeling that we are where superpowers practise their games,” said a senior African diplomat. “How we experience it doesn’t matter to them. What they care about is their power.”

On Covid-19, African leaders’ calls for vaccines have fallen on the deaf ears of rich nations with more than enough to spare. Ditto for Africa’s plea for funds to deal with climate change.

“When we have a problem, we’re on our own; when there’s an ’international problem’, as defined by the West, then it’s a global problem ... Everybody treats us like pawns,” said Chris Ogunmodede, associate editor at World Politics Review.

For others, a superpower invading a weaker nation on a false pretext has echoes of 2003.

“They deceived us on Iraq, they told us there are weapons of mass destruction and we ... supported them,” Ugandan foreign minister of Okello Oryem said, referring to the false claim that Saddam Hussein was developing nuclear weapons to explain why Uganda was being more cautious this time.

Uganda was among just four African states that backed the US-led invasion, when President Yoweri Museveni was a close ally.

Relations have since soured. Museveni bristles at Western criticism that he’s an autocrat, and its defence of gay rights — the kind of moralising that China and Russia don’t do.