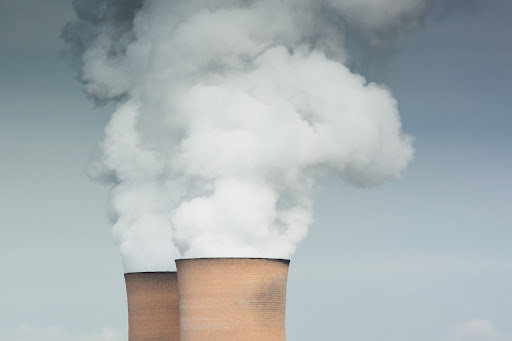 Over the past decade the global elite’s obsession with climate change has taken away from the many other major problems facing the planet — shown most dramatically by Russia’s invasion of Ukraine.

Western European leaders should have spent the past decade diversifying energy sources and expanding shale gas instead of shutting down nuclear plants and becoming scarily reliant on Russia. But the threat of war is far from the only thing they have managed to ignore.

The biggest task facing humanity today remains lifting most of the world out of abject poverty. This can only happen by providing poor countries with comprehensive, reliable energy sources. That’s how the rich world became prosperous, and it is how China lifted almost 1-billion people out of poverty. Yet while the world’s rich countries are overwhelmingly powered by fossil fuels, the elite has worked hard to make these energy sources both more expensive and less available for the world’s poorest.

Right now we’re still recovering from the worst pandemic in a century. Inflation, supply shortages and possibly even recession loom over the global economy. Autocracies are reasserting themselves, while food crises are already being experienced by the most vulnerable. Tuberculosis, malaria and malnutrition — each effectively handled in the rich world — still claim millions of lives each year across poor countries.

Yet major donors and development organisations have become increasingly focused on climate solutions instead. One month after Ukraine was invaded, the head of the UN — an organisation ostensibly focused on ensuring world peace — was instead warning about “climate catastrophe”, and the “mutually assured destruction” that fossil fuel “addiction” could cause.

It would be an exaggeration to say that while real threats were mounting the rich world was tinkering with solar panels and banning plastic straws. But it would be only a small exaggeration.

So how have the elites managed to get things so wrong? One reason is that for years the media has portrayed the effects of climate change as horrendous. Today almost every natural disaster routinely gets blamed on the climate crisis, with every new hurricane or destructive flood held up as another exhibit of human folly.

Yet hurricanes killed many more people in the past. A major scientific paper published in March documents “decreasing trends” in global hurricane frequency and strength. The data shows that in 2021 the world experienced fewer hurricanes than ever before in the satellite era, and their combined strength was one of the lowest.

The real consequences of climate change are much more nuanced. The UN climate panel of scientists finds that a warmer world will mean fewer (good) but stronger (worse) hurricanes. In total, this will increase damage (bad), but because the world will also get richer and more resilient, relative damage will keep declining, just slightly more slowly. This is a problem we mustn’t ignore, but it is far from a catastrophe. Global climate damage as a percentage of GDP keeps declining and climate disaster deaths have dropped 99% in a century.

For the best sense of what to expect from a warming planet we should turn to the damage estimates from models used by US President Joe Biden’s administration, and former president Barack Obama’s before that, to set climate policy. This research revealed that the entire global cost of climate change — not just to economies, but in every sense — will be equivalent to less than a 4% hit to GDP by the end of the century.

Remember, by the UN’s own estimates the average person in 2100 will be 450% richer than today. Global warming means that person will “only” be 434% as rich. This is a problem, but — contrary to the histrionics — it is far from catastrophic.

For wealthy countries, the narrow focus on climate objectives undermines future prosperity. The world already spends more than $500bn annually on climate policies, while rich-world government spending on innovation in areas such as healthcare, space, defence, agriculture and science has been declining as a percentage of GDP over recent decades.

This investment underpins our future growth. Together with a stagnant or declining education performance, rich-world income has almost stalled this century. Compare this to China, where innovation spending is up 50%, education is rapidly improving, and average incomes have increased five-fold since 2000.

Alarmingly, despite the extraordinary focus, we’re failing even to solve climate change itself:  2021 saw the largest CO₂ emissions ever. Earlier in 2022 the world’s elite gathered for the World Economic Forum and were asked to name “the most severe risks on a global scale over the next 10 years”. They absurdly chose “climate action failure” — right before Russia started bombing Chernobyl and Kyiv.

The world has many challenges, not just the ones that get the most media attention. Climate should be tackled more effectively by funding research into green energy sources so they eventually outcompete fossil fuels. We need to confront authoritarian expansionism in Ukraine and elsewhere.

To ensure long-term prosperity, the world needs more and cheaper energy, better education and more innovation. We need our perspective back to overcome the elitist hyperbole on climate change.

Governments and climate activists have been talking of impending catastrophe for 50 years, rather than focusing on realistic solutions such as ...
Opinion
6 months ago

If we can innovate the price of low-carbon energy below that generated from fossil fuels, everyone will switch
Opinion
8 months ago
Next Article