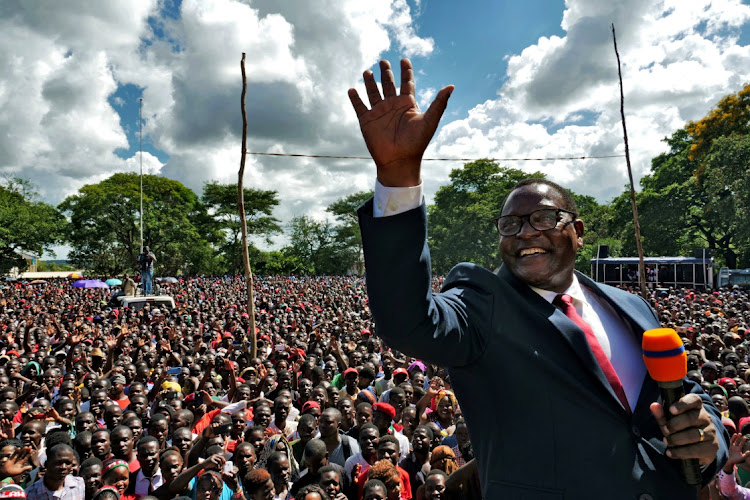 Blantyre  — Malawian President Lazarus Chakwera has dissolved his entire cabinet following charges of corruption against three serving ministers, he said in an address to the nation late on Monday.

Chakwera said he had taken the decision to allow the three ministers and other public officers accused of corruption to account for their charges.

Malawi is one of the world’s poorest countries, with nearly three-quarters of the population living on less than $2 a day.

The Southern African nation is among the smallest countries in the continent hit hard by floods, prolonged dry spells, crop-destroying pests and the coronavirus pandemic, leaving 15% of the population in need of food aid.

Though small in size, it features in the top ten in Africa in terms of population density.

Chakwera, who is also the head of Malawi Congress Party (MCP), the country’s oldest and the biggest in the ruling Tonse Alliance, said he would look to reinstate a new cabinet in the next 48 hours.

He had been facing increasing rebellion from within the coalition with many of its members accusing his party of corruption, nepotism and pushing the country to the brink of an economic crisis.

The president’s decision come close on the heels of the arrest of three former officials of the former ruling party Democratic Progressive Party, which included the former finance minister and central bank governor, touted to be his prime challengers for the election scheduled in 2025.

The two-week programme, where at least 650,000 people live, began on January 13 and will use both health ministry staff and city officials
News
3 months ago