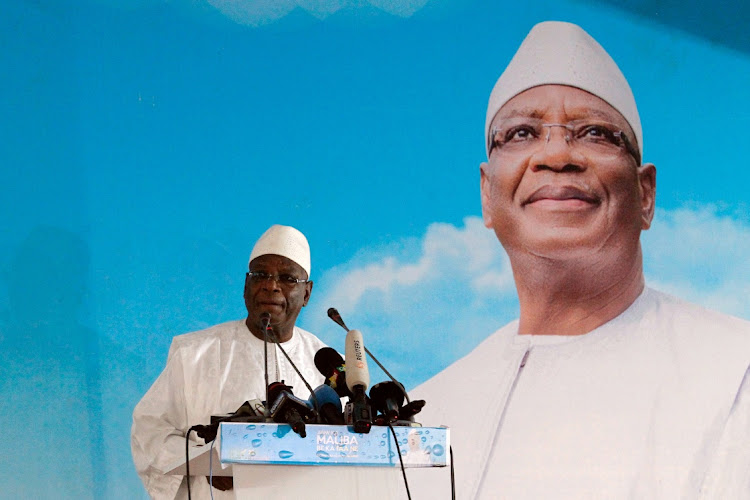 Bamako — Former Malian president Ibrahim Boubacar Keita, who was ousted by the military in 2020 after a turbulent seven-year rule, has died, officials said on Sunday. He was 76.

Disputed legislative elections, rumours of corruption and low economic growth also fuelled public anger and drew tens of thousands onto the streets of the capital Bamako in 2020 to demand his resignation.

He was eventually forced out by a military coup, whose leaders remain in charge despite strong international objections.

The interim government issued a statement on Sunday that read: “The government of Mali and the Malian people salute the memory of the illustrious deceased.”

The cause of death was not immediately clear. A former adviser said Keita, who frequently travelled abroad for medical attention, had died at home in Bamako.

He was detained and put under house arrest during the coup, but those restrictions were lifted amid pressure from the West African political bloc Ecowas.

Known for his white flowing robes and a tendency to slur his words, Keita came to power in a resounding election victory in 2013. He vowed to take on the corruption that had eroded support for his predecessor Amadou Toumani Touré, also toppled in a coup.

Keita had a reputation for firmness forged when he was prime minister in the 1990s, when he took a hard line with striking trade unions.

As president, he enjoyed strong international support, especially from former colonial ruler France, which poured in money and troops to counter Al-Qaeda-linked jihadists who in 2012 hijacked an ethnic Tuareg rebellion and swept across the desert north.

French forces pushed back the insurgents in 2013. But they recovered, and have since killed hundreds of soldiers and civilians, driven out local leaders and in some areas set up their own systems of government.

Keita was also dogged by allegations of corruption.

In 2014, the World Bank and International Monetary Fund froze nearly $70m in financing after the IMF expressed concern over the purchase of a $40m presidential jet and the transparency of Mali’s defence spending.

When word got out in 2020 that Keita had been toppled, thousands celebrated on the streets.

With promises to end nepotism and corruption, the military struck a chord with millions of impoverished Malians who wanted a break from the past.

On Friday, 18 months on, thousands demonstrated in Bamako against strict sanctions imposed by Ecowas on the transitional government for trying to extend its hold on power.