Bouteflika, who died on Friday aged 84, receives a low-key state funeral but no mourning period 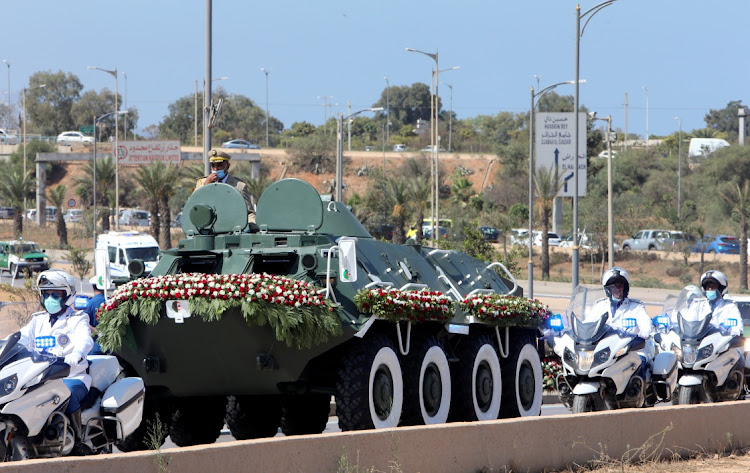 Algiers —  Former Algerian president Abdelaziz Bouteflika, ousted in 2019 after mass protests, was given a state funeral on Sunday attended by senior officials but received little of the attention given to such occasions in the past.

Bouteflika died on Friday, aged 84. An armoured vehicle decked with flowers pulled his coffin, covered with the national flag, on a gun carriage from his home in Zeralda, west of the capital, to the El Alia cemetery in Algiers where five of his predecessors are buried. No state mourning period was declared.

Bouteflika was first elected in 1999, and is widely credited with a national reconciliation policy that restored peace after a war with armed Islamists in the 1990s killed an estimated 200,000 people.

But many Algerians blame him for the economic stagnation of his latter years in power, when he was rarely seen in public after suffering a stroke, and widespread corruption led to the looting of tens of billions of dollars from a state that depends heavily on its large gas and oil reserves.

He stepped down in April 2019 after mass demonstrations to reject his plan to seek a fifth term, and demand political and economic reforms.

As well as Bouteflika’s family, President Abdelmadjid Tebboune, who laid a wreath of flowers on the tomb, and many ministers of the current government and military officers, including army chief of staff Lt-Gen Said Chenegriha, were among the mourners.

The French presidency on Sunday described Bouteflika as “a major figure in the contemporary history of Algeria”, adding that he embodied the foreign policy of Algeria.

But state media gave little attention to the funeral, and state television did not show the burial ceremony, as it has the funerals of past presidents.

Until 2014, Bouteflika was able to use the export earnings from high energy prices to pay off foreign debt and keep spending on subsidies at high levels to avoid social unrest.

“The years of Bouteflika’s rule were a good period. He accomplished major projects, rid the country of foreign debt and brought back peace,” said schoolteacher Mohamed Hachi.

But his stroke, and a decline in energy prices, ushered in a more difficult time.

“Bouteflika’s period witnessed a terrible spread of corruption that the public couldn’t see until after he was forced out of power,” said state bank employee Djamel Harchi.

Several former senior officials, including prime ministers, ministers and army generals, have been jailed for corruption since Bouteflika resigned in April 2019 under pressure from a protest movement known as Hirak.

Thousands of members of the leaderless movement continued to take to the streets every week until authorities banned rallies because of the coronavirus pandemic in March 2020.

Bouteflika was a fighter in the 1954-1962 war that ended French colonial rule.

He became Algeria’s first foreign minister and one of the forces behind the Non-Aligned Movement, which gave a global voice to many of the countries of Africa, Asia and Latin America.

Forest fires have set large parts of Algeria, Turkey and Greece aflame over the past week
World
2 months ago