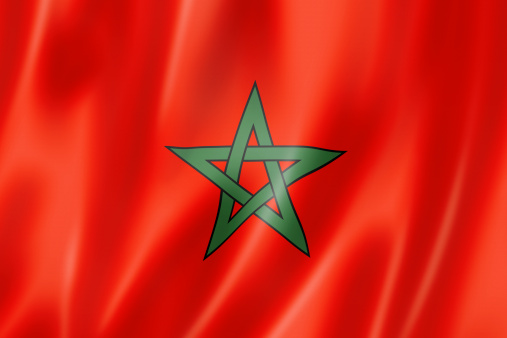 Morocco’s long-dominant Islamist party suffered a crushing defeat in parliamentary elections as voters, frustrated over unemployment and corruption in the North African country, threw their weight behind a party close to the royal palace.

The demise of the Justice and Development Party (PJD) echoed that of its peers in other North African nations after a decade of post-Arab Spring malaise.

Despite being the largest party in the 395-seat parliament over the past decade, the PJD was criticised for failing to address inequalities and revive an economy that shrank 6% last year. It was King Mohammed VI who won praise for his handling of the pandemic and is now in a position to cement his powers within Morocco’s constitutional monarchy.

With most ballots counted, the results pave the way for the king to appoint a new prime minister and hand him a compliant legislature to drive home his 15-year plan to bridge economic inequality and boost job creation.

The shift might also strengthen the king’s hand in the on-again conflict over the disputed Western Sahara, a row with Opec neighbour Algeria, and attempts to secure funding from Persian Gulf allies.

The outcome has been welcomed by investors as a return to more market-friendly government in a country that’s developing its position as an automotive manufacturing and trade hub on the doorstep of Europe.

“Pro-business parties are back — and that gives us hope that we will return to the more pro-reform 2011-16 stance,” Charles Robertson, global chief economist at Renaissance Capital, wrote in an email to clients.

Emerging as the winners were the Independent National Rally (RNI), which is headed by a billionaire businessman and secured 97 seats, followed by the Authenticity and Modernity Party (PAM) with 82 seats, Interior Minister Abdelouafi Laftit said early Thursday.

The winners are both seen as close to the king. The RNI was founded by a brother-in-law of his father, the late King Hassan II, and PAM was established by Fouad Ali El Himma, an adviser and former schoolmate of the monarch.

In a sign of the sweeping voter anger over the PJD’s stewardship, it won just 12 seats, or just under 10% of what it secured in the 2016 elections.

Responding to those accusations, the Interior Ministry said that barring a “few, very isolated cases involving a limited number of polling stations”, the voting process was normal throughout the kingdom.

Under Moroccan law, no party can win more than 50% of the seats, making coalitions inevitable. The voter turnout was 50.3% versus 42% in 2016, Laftit said.

The PJD is the latest Islamist party to be marginalised a tumultuous decade on from the 2011 uprisings that toppled long-time dictators and raised hopes of a new era of political openness and economic prosperity.

Popular upheaval collapsed into war in Syria, Yemen and Libya and saw Islamist groups win elections in much of North Africa. Egypt’s army ended a one-year experiment with Muslim Brotherhood rule in 2013, banning the group and launching a bloody crackdown on its supporters.

In July, Tunisia’s president fired the government and suspended parliament, threatening to upend the democracy that’s taken hold in birthplace of the Arab Spring. The move sidelined the Islamist Ennahda party, the dominant force in the now-idled parliament, but won broad acceptance among frustrated Tunisians.

In Morocco, which didn’t witness the same upheaval in 2011, the PJD could yet return as a coalition partner in government or resume its role in opposition.

“The difference between Morocco, where the king remains powerful but has a proven record in developing the country, and Tunisia, where the president has no track record and apparently no great interest in the economy, is a very wide gap,” Robertson wrote,

ROWAN POLOVIN: Why SA is wrong in condemning Israel’s observer status at AU

ROWAN POLOVIN: Why SA is wrong in condemning Israel’s observer status at AU