Twelve security agents were killed on Sunday by a roadside bomb planted outside a Somali town where political leaders had been meeting to try to resolve a row over a presidential selection process due to be held on Monday.

Islamist militant group Al-Shabaab, which analysts say is keen on exploiting the deadlock, claimed responsibility for the attack. Those killed included Abdirashid Abdunur, the head of the National Intelligence and Security Agency in Dhusamareb, police officer Mohamed Ahmed said.

Somalia’s leaders had failed to reach consensus after a three-day meeting to address obstacles to holding presidential elections, raising the prospect of a political crisis in the Horn of Africa country, Bloomberg reported.

The outcome of the meeting in Dhusamareeb is a clear indication it won’t be possible to hold elections as scheduled, parliament speaker Mohamed Mursal told legislators  on Saturday. It is the responsibility of parliament to uphold the constitution and provide a solution, he said.

President Mohamed Abdullahi Mohamed, popularly known as Farmajo, assured legislators  there won’t be a power vacuum when his tenure ends on February 8. It is the responsibility of parliament to ensure no such scenario emerges, he said on Saturday. There are no publicly available details about how this could be achieved if the vote is delayed.

The impasse was partly sparked by the federal state of Jubaland and the semi-autonomous region of Puntland after they both refused to sign a pact introducing a new electoral model, according to Farmajo. A group of presidential aspirants also disagreed with the planned process and said electoral commission officials appointed by the head of state were partial.

The president said he remains hopeful that all stakeholders will accept the electoral model reached in September 2020 and proceed with negotiations to overcome the impasse as soon as possible.

Mohamed is a front-runner in the vote that’s attracted many other candidates, including former presidents Sheikh Sharif Sheikh Ahmed and Hassan Sheikh Mohamoud and former prime minister Hassan Ali Khaire.

A year ago, the president signed into law legislation that would enable universal suffrage in Somalia for the first time in more than half a century, though that become impractical to achieve in 2021.

In January, the UN  said Somalia’s election date of February 8 was impractical for the nation struggling to set up a stable government after decades of civil war and amid an Islamist insurgency. The vote “seems unrealistic at this time”, said James Swan, the UN secretary-general’s special representative to the country. “This is a complicated endeavour.”

Genital mutilation on rise in Covid-19 constrained in Africa

The pandemic has created a perfect storm for proponents of cutting: vulnerable girls stuck at home without teachers’ protection
World
1 year ago 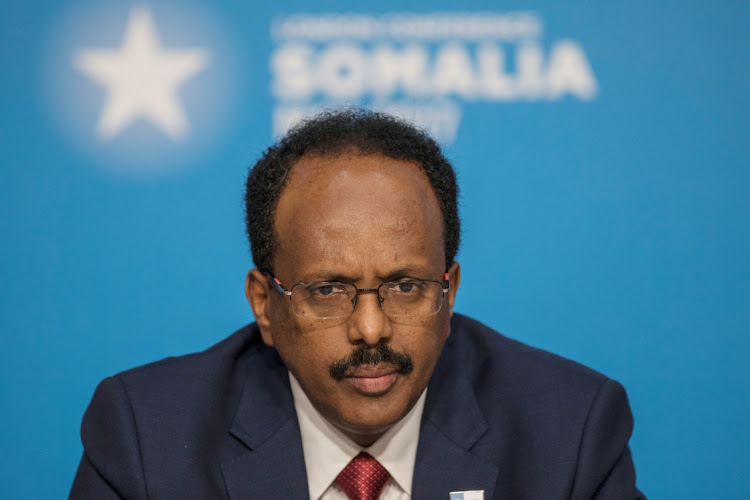