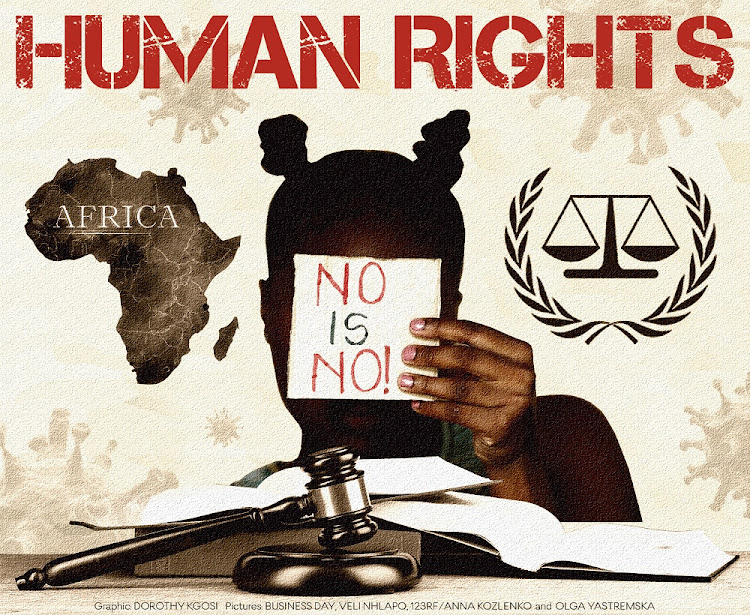 To describe 2020 as a most unusual year would be an understatement. The global Covid-19 pandemic, which introduced us to a “new normal”, was soon followed by waves of almost worldwide protests on racial injustice and police brutality that resonated loudly in Africa.

Not long after the virus spread from China and other parts of the world to Africa in mid-February, reports hit the airwaves about incidents of Covid-linked discrimination and hate crimes, frequently targeting Asians in African countries, as well as discriminatory and xenophobic treatment of Africans in China. Misinformation, especially by government officials, in places such as Burundi and Tanzania undermined efforts to limit the spread of the virus, while internet shutdowns violated the right to life-saving information about the global health crisis.

In response to the pandemic several African governments introduced severe restrictions on movement and the freedom of assembly, and in cases full lockdowns. Their enforcement triggered arbitrary arrests, beatings, torture and extrajudicial killings by government forces in Kenya, Nigeria, Rwanda and SA.

Domestic and gender-based violence increased across several African countries during curfews and stay-at-home orders, with President Cyril Ramaphosa describing it as a scourge and a declaration of war against women. The virus control measures forced schools to shut down, leaving millions of children without education and disproportionately harming girls.

Many governments did not provide adequate assistance to cushion the impact of the economic downturn, which has had a disproportionate impact on vulnerable groups such as migrants, minorities and low-income workers, and has worsened existing challenges such as child labour, poverty and inequality across Africa.

Women, who already faced inequity in the workplace, were often hit hardest. There have also been concerns about the management and disbursement of funds donated to support governments’ Covid-19 responses, leading to demands for increased transparency and accountability in Cameroon, Kenya and Nigeria.

The authorities in several countries, notably Tanzania and Uganda, weaponised the pandemic to quell popular protests and harass opposition politicians and their supporters, journalists and activists.

The pandemic exposed serious gaps in health services and treatment of health workers, reinforcing the need for investments to improve access to quality health care, water and sanitation across Africa.

Now questions are being raised about access to the Covid-19 vaccine for Africans. Reports that richer countries in North America and Europe have claimed and are hoarding huge numbers of doses raise concerns about affordability and availability of the vaccine for those most in need of protection, notably front-line health workers in Africa and elsewhere.

The year has also been tumultuous for Africa for other reasons. The continent held more than a dozen general elections, many of them marred by violence. Authorities responded to popular protests and critical political commentary with violent repression, including arrests, detention, torture and in some cases killing of protesters, dissenters and journalists, notably in Nigeria and Zimbabwe. The ongoing conflict in Ethiopia’s Tigray region is the latest of the dire humanitarian and human rights crises gripping Sub-Saharan Africa in which civilians have borne the cost.

Conflicts have harmed civilians in the Central African Republic, the Democratic Republic of the Congo (DRC), Ethiopia and South Sudan, along with horrific abuses related to terrorism and counter-terrorism operations in the Sahel, Nigeria, Somalia and Mozambique.

Government security forces and nonstate armed groups have been implicated in massacres, targeted killings, sexual violence, burning and looting of villages, kidnappings, forced recruitment — including of children — attacks on students and teachers, and illegal occupation of schools. The near-total impunity for abuses worsens an already fragile humanitarian and human rights situation on the continent.

But the year was not without a few spots to brighten Africa’s human rights landscape. Governments should take stock and build on these positive examples to address these challenges.

Authorities in Angola, Cameroon, the DRC, South Sudan and SA acted on calls to combat the spread of the coronavirus by releasing pretrial detainees and prisoners who have served most of their terms under poor prison conditions. Kenyan authorities responded to criticism of its forcible quarantine in crowded facilities that lacked proper sanitation with new guidelines that allowed people with mild or asymptomatic cases of Covid-19 to self-isolate at home.

On the broader issues of justice and accountability, Cameroon’s President Paul Biya retreated from his initial dismissal of a Human Rights Watch report showing that security forces bore responsibility for a horrific massacre on February 14 in Ngarbuh, a village in the anglophone North West region. The report of a commission of inquiry he established, which confirmed our findings, has been followed by  arrests and prosecutions.

On November 23 a military court in the DRC convicted Ntabo Ntaberi Sheka, leader of the Nduma Defense of Congo (NDC), and two other militiamen. The trio were sentenced to prison terms ranging from 15 years to life imprisonment for war crimes including mass rape and sexual slavery, murder, pillage and recruitment of child soldiers. The crimes were committed in Walikale and Masisi territories in North Kivu, Eastern Congo between 2010 and 2014.

A lot more needs to be done by African governments and the AU’s human rights institutions to improve access to, and quality of, health care, ensure victims of human rights abuses get the justice they deserve and that abusers are held to account. African governments should co-operate fully with the International Criminal Court on relevant cases and investigations. And carrying through with African justice initiatives such as South Sudan’s Hybrid Court and the Central African Republic’s Special Criminal Court would be big steps in the right direction.

African asylum seekers describe being shackled, beaten and bullied by US ...

African asylum seekers describe being shackled, beaten and bullied by US ...