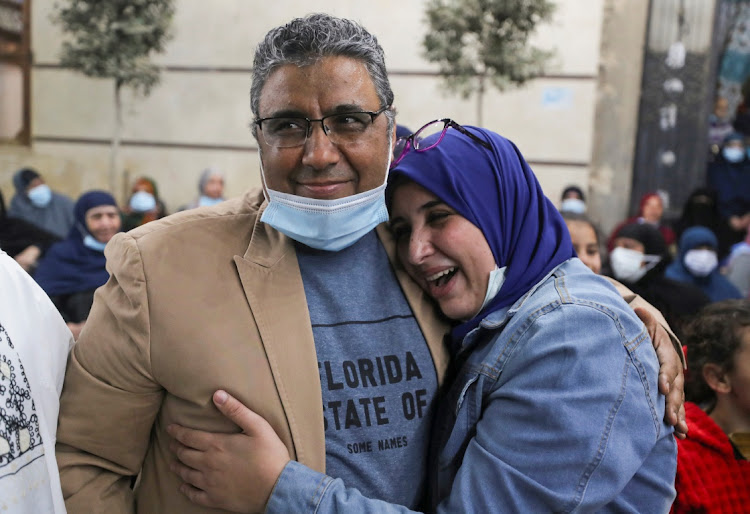 Cairo  — Egyptian authorities on Saturday released  Al Jazeera journalist Mahmoud Hussein who was held in pretrial detention for more than four years, his brother and a lawyer said.

Hussein, an Egyptian detained in December 2016 after arriving in Cairo from Doha on holiday, was held on charges of spreading false news, joining a banned group and receiving foreign funds.

He was released after Saudi Arabia, the United Arab Emirates, Bahrain and Egypt agreed in January to restore diplomatic, trade and travel ties with Qatar, severed in 2017 over allegations that Qatar supported terrorism, a charge Doha denies.

Abou al-Nasr said prosecutors had not appealed against the decision, as they had against a similar decision in 2019.

It was not immediately clear what the release conditions were but Nageh Hussein said his brother may have to spend several hours a week in a police station.

“No journalist should ever be subjected to what Mahmoud has suffered for the past four years for merely carrying out his profession,” the network said in a statement on its website.

A video posted by his brother on Facebook showed relatives and neighbours receiving him with hugs, chants and drums beating in his village near Cairo.

Egypt freed three Al Jazeera journalists, an Australian, an Egyptian-Canadian and an Egyptian, in 2015 after more than one year in detention pending trial.

The Committee to Protect Journalists has accused Egypt of putting journalists behind bars to muzzle dissent, saying that 27 were in prison in late 2020.

Egyptian authorities say legal action has only been taken against those who break the law.

The report, if critical of the crown prince, however, could further strain relations with the US over the murder of the journalist and Saudi Arabia ...
World
3 months ago

Chin’ono, who has a large social media following, has been critical of President Emmerson Mnangagwa’s rule
World
3 months ago

Haze Fan has been taken on ‘suspicion of engaging in criminal activities that jeopardise national security’, according to authorities
World
4 months ago
Next Article