Erdogan set for showdown with the West over Turkish philanthropist

At the heart of the row is a call by ambassadors from 10 countries to free Osman Kavala, which Erdogan says is a direct attack on Turkish sovereignty 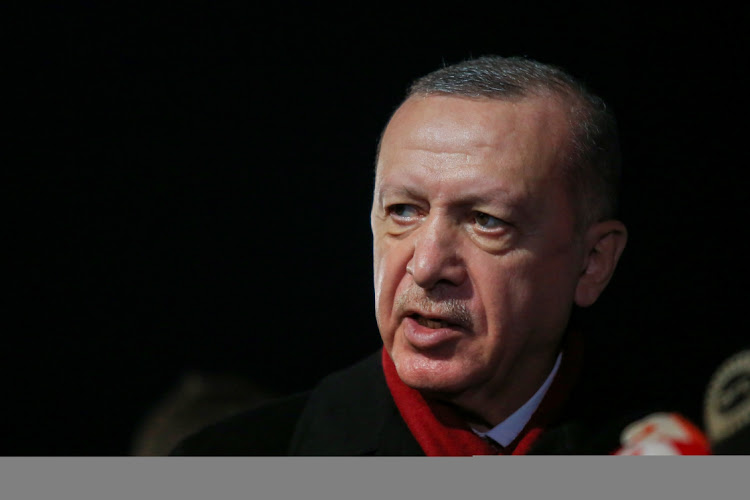 Recep Tayyip Erdogan is leading Turkey towards the biggest showdown with key Western allies since the Turkish president assumed power two decades ago.

At the heart of the row is a joint call by ambassadors from 10 countries — including the US and Germany — on Turkey to free Osman Kavala, which Erdogan says is a direct attack on Turkish sovereignty.

Businessman and philanthropist Kavala was hardly a household name for most Turks until he was sent to jail four years ago, when Erdogan’s allies began accusing him of conspiring to overthrow the president. Since then, pro-government media portrayed Kavala as the financier behind the 2013 Gezi Protests and a key figure in the failed 2016 coup attempt against Erdogan, accusations that the 65-year-old jailed businessman has denied. Below is a summary of who Kavala is, how he got here and why it matters.

1. What does Kavala do for a living?

Kavala was pursuing a Ph.D. at the New School in New York in 1982, when his father died, forcing the 25-year-old to relocate to Turkey and take over the family business. Under his watch, the Kavala group of companies were active in electronics and telecommunications for the following two decades, importing everything from Commodore 64 computers to mobile phones into Turkey.

In the wake of a 1999 earthquake that badly affected Istanbul, Kavala took a back seat in corporate management and began founding non-governmental organisations. According to a 2019 court testimony, his NGO activities aimed at restoring dialogue and harmony in Turkish society, strengthening Turkey’s democracy and its integration with the EU.

2. How did he get caught up with Erdogan?

Kavala was on the board of the Turkish chapter of the Open Society Foundations funded by financier George Soros until the Turkish government shut down the branch in 2018. His affiliation with Soros has fuelled Erdogan’s rancour, who once disparagingly referred to the Hungarian-born US investor as the “famous Hungarian Jew Soros.”

The Turkish president has accused Soros of supporting antigovernment protests to divide Turkey and other countries around the world. Turkish prosecutors accused Kavala of financing and organising the months-long Gezi Park protests against Erdogan in 2013, charges that saw the Turkish businessman put into jail in 2017. Kavala was eventually acquitted but a higher court overturned the decision, paving the way for further judicial proceedings.

3. How is Kavala still in prison after his — now defunct — acquittal?

On the day he was acquitted, February 18, 2020, Kavala was arrested as part of a separate probe that accused him of trying to do the same thing: overthrowing the Turkish government. This time, Kavala is accused of taking part in the 2016 failed putsch against Erdogan, which the Turkish leader says was masterminded by the US-based cleric Fethullah Gulen.

Kavala said the accusations are nonsense and the evidence, if any, is phoney. In court hearings, he has repeatedly accused Gulen’s followers within Turkey’s judiciary of fabricating evidence to produce “fictional” charges against innocent people.

4. What happens from here?

Ambassadors of the US, Germany, Denmark, Finland, France, the Netherlands, Sweden, Canada, Norway and New Zealand demanded Kavala’s release, in line with similar calls from European courts that repeatedly said the cases against him are baseless.

Erdogan’s unexpected threat to get them expelled has yet to be executed by the Turkish foreign ministry. But the president’s remarks were made publicly, which makes it difficult to walk them back. Going ahead with Erdogan’s “orders,” will dent already strained ties with Western partners and spur more volatility in the lira.

The currency’s path from here matters to Erdogan as much as it does to the rest of the nation of 86-million people. It’s already trading at record lows against the US dollar and further weakness will fuel inflation beyond the current level of around 20%. That’s hardly good news for Erdogan, whose approval ratings are measured at historic lows by various polling agencies

Having alienated the US, Turkish president receives platitudes over Syria and gas from Putin
Opinion
7 months ago
Next Article