Options traders are betting the currency will weaken to as much as 9.5 to the dollar by the end of the year 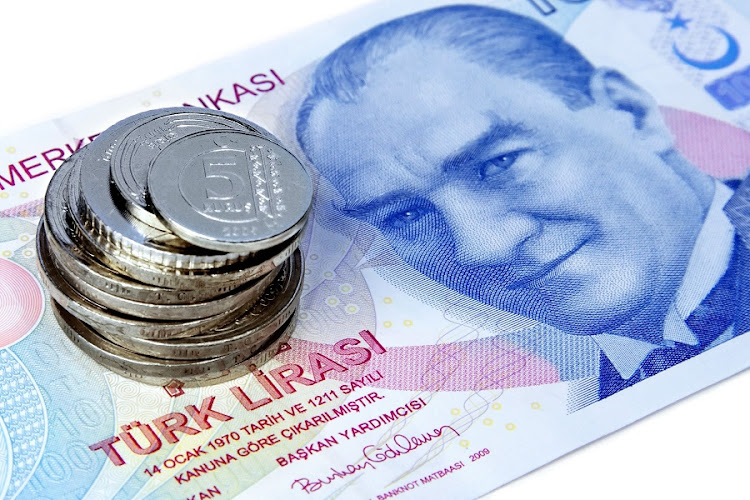 Three days was all it took to wipe out about half the Turkish lira’s gains since June.

The decline was compounded by President Recep Tayyip Erdogan’s latest call for lower interest rates, a week before the central bank’s next policy meeting. It sent the lira tumbling to as low as 8.5719 against the dollar, down more than 3% from a two-month high touched on Tuesday.

The rapid reversal underscores how fragile investor sentiment remains, where the risk of unwarranted monetary easing threatens to stoke inflation and bruise traders lured by the currency’s juicy yield. Options traders now see a 54% probability that the lira will weaken to 9.5 per dollar by the end of the year, which would eclipse the record low of 8.8008 reached in early June.

“It’s not today’s move, but that period of strength, which was the aberration,” said Tatha Ghose, a senior emerging-market economist at Commerzbank in London, who expects the currency to slide to 10 per dollar by year-end.

Central Bank governor Sahap Kavcioglu has so far looked past the president’s calls for looser policy and held benchmark rates unchanged at 19% since March. While that’s among the highest rates in the developing world, it’s done little to cool inflation which is running at the fastest pace in more than two years.

Now, with Erdogan’s ratings hurt by a limping economy and the government grappling with mounting criticism over its flailing response to Turkey’s worst wildfires in decades, the pressure to cut interest rates on Aug. 12 is growing.

For its part, the central bank has promised to keep policy rates above actual and forecast inflation. Data this week showed consumer prices accelerated to 18.95% in July, just shy of the one-week repo rate, in principle reducing the likelihood of an interest-rate cut sought by the president.

Still, for investors and savers who have seen their returns practically wiped out by rampant price growth, Erdogan’s latest interjections have raised the prospect of more political meddling in monetary policy. He fired three previous central bank governors, spurring an exodus of capital that has weighed heavily on the lira.

The central bank “has been far more disciplined than everybody feared, though it’s the inflation data that is handcuffing them,” said Edwin Gutierrez, the head of emerging-market sovereign debt at Aberdeen Asset Management in London, adding that it will probably relent to the president’s demands before year-end, even if not right away.

Last week, the central bank raised its year-end inflation forecast, but projected a significant drop in price growth in the final quarter that could open a window for the interest-rate cut later in the year.

The currency is down more than 12% against the dollar since December, the worst performance in emerging markets after Argentine’s peso.

“The orthodox policy move for the central bank in a period of rising inflation would be to raise rates,” said Todd Schubert, head of fixed-income research at Bank of Singapore. “Unfortunately, this hasn’t always occurred in Turkey, with the resulting, and probably expected, outcome of ongoing weakness in the lira.”

The EU recently announced billions of euros in additional financing to support Turkey for hosting refugees under a programme designed to prevent ...
World
10 months ago

Markets now await US nonfarm payroll data on Friday, with consensus for the country to have added 880,000 jobs in July
Markets
10 months ago

This week, the fuel price hit a record, even though the oil price and rand are stable. The reason is taxes imposed by a vampire government
Opinion
10 months ago
Next Article