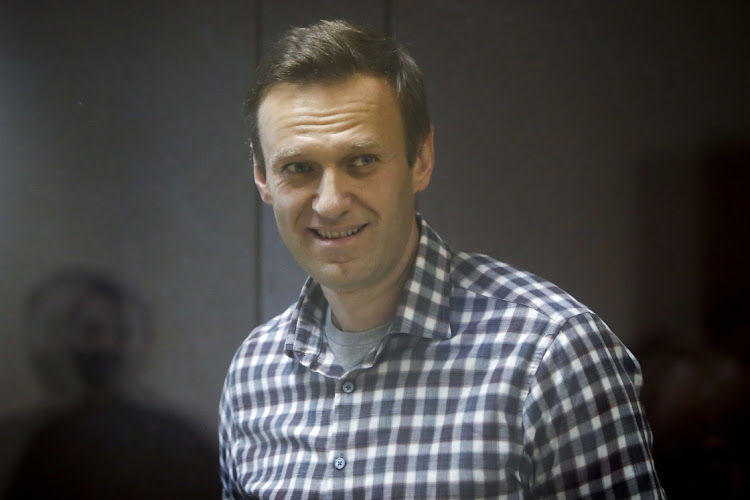 Brussels — The EU must pressure Moscow to allow Alexei Navalny to have access to his doctor, allies of the hunger-striking Kremlin critic wrote in a letter sent this week to EU foreign ministers.

Navalny, a prominent opponent of Russian President Vladimir Putin, announced a hunger strike at the end of March in protest at what he said was the refusal of prison authorities to treat him properly for acute back and leg pain.

Two Navalny allies, Vladimir Ashurkov and Leonid Volkov, wrote to the 27 EU ministers to urge them to discuss Navalny’s health at their meeting on Monday, according to a copy of the letter.

“Alexei must immediately be granted his lawful request for a doctor of his choice,” said the letter, which was also sent to the parliaments of EU member states.

The letter raised similar health concerns to those voiced on Tuesday by Navalny’s wife, who said after visiting him in prison that he was having difficulty speaking and had lost more weight.

“Alexei’s health is steadily deteriorating,” the letter said, citing an unofficial copy of test results that showed spinal problems. “He now feels numbness not only in both legs, but also in his left hand, along with pain in his back, and muscular impairment.

“Alexei is also suffering from a fever and a heavy cough. Several inmates in his penal colony unit have recently been diagnosed with tuberculosis.”

Navalny, who the West says has been wrongly jailed and should be freed, returned to Russia in January after recovering from what German doctors say was a nerve agent poisoning.

He was jailed in February for 2.5 years for parole violations that he called politically motivated. Russia has said it has yet to see evidence he was poisoned.

Staff at the Russian prison said they have offered Navalny proper treatment, but that he refused it.

Russia’s prisons service said on Tuesday that a panel of doctors assessed Navalny’s health as satisfactory and that he was transferred from the clinic back to the main part of the prison on April 9, the RIA news agency quoted it as saying.