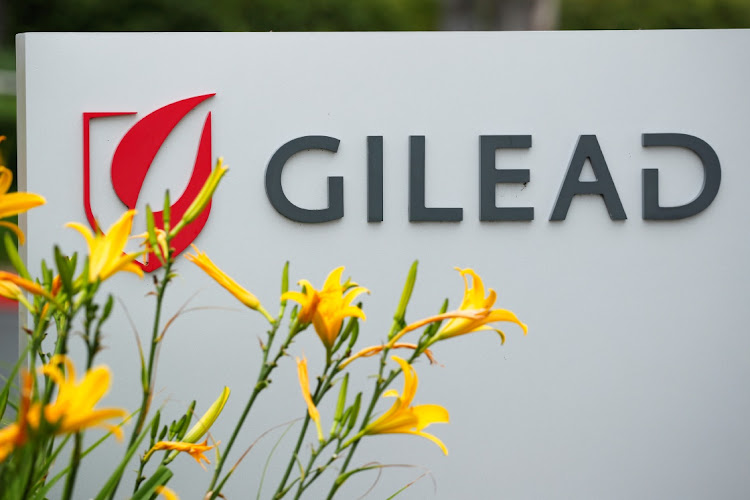 Gilead Sciences Inc sign is seen after it announced a Phase 3 Trial of the investigational antiviral drug remdesivir in patients with severe coronavirus disease, during the outbreak of the coronavirus disease in Oceanside, California, US. File photo: REUTERS/Mike Blak

Zurich/Geneva — A row broke out on Friday over a World Health Organisation (WHO) clinical trial which concluded that the antiviral drug remdesivir has little or no impact on a patient’s chances of surviving Covid-19.

Gilead Sciences, the US company that developed the drug, said the findings appeared inconsistent with evidence from other studies validating the clinical benefit of remdesivir, which was used to treat US President Donald Trump’s coronavirus infection.

“We are concerned the data from this open-label global trial has not undergone the rigorous review required to allow for constructive scientific discussion,” Gilead said.

But Richard Peto, an independent statistician hired by the WHO to scrutinise the results of its Solidarity trial, dismissed Gilead's criticism.

“It’s a reliable result, don’t let anybody tell you otherwise, because they’ll try to,” Peto told reporters. “This is real world evidence.”

The results of the trial, announced by the WHO on Thursday, dealt a blow to one of the few drugs being used to treat people with Covid-19.

The UN health agency said remdesivir appeared to have little or no effect on keeping people alive or on the length of hospital stays among patients with the respiratory disease.

Its trial was conducted on 11,266 adult patients in over 30 countries and its findings may shift the focus of treatments away from antivirals such as remdesivir to new monoclonal antibodies which the WHO has said could be added to its studies.

In addition to remdesivir, Trump received Regeneron’s experimental monoclonal antibody infection. But another US company, Eli Lilly, said on Tuesday a trial of its own Covid-19 antibody treatment had been paused over safety concerns.

Gilead, which quickly repurposed what it had developed as an Ebola drug when the Covid-19 pandemic began, said that other, smaller remdesivir trials showed the treatment cut Covid-19 recovery time by five days and helped reduce the risk of death in some patients who were getting oxygen.

“And you’ve got to randomise in large numbers,” Peto said. “There isn't sufficient emphasis based on the need for large numbers if you want really reliable results.”

For the remdesivir arm of the WHO’s Solidarity trial, 2,743 patients were given remdesivir, compared to 2,708 in the control group. Gilead’s study had 1,062 participants.

“The real disappointment is that remdesivir has also failed in a larger number of cases and in the ‘real world setting’,” Clemens Wendtner, chief physician of infectiology and tropical medicine at Munich’s Schwabing Clinic, said.

“A major clinical breakthrough looks different and warns us that the battle against Covid-19 is far from won.”

The WHO’s trial also found that other medicines repurposed since the pandemic began — malaria drug hydroxychloroquine, anti-HIV drug combination lopinavir/ritonavir and interferon — offered little or no benefit to Covid-19 patients.

The hydroxychloroquine and anti-HIV studies were abandoned earlier in 2020, and interferon was dropped on Thursday.

Guidance on how countries should deploy remdesivir will come in two or three weeks after a data review, WHO officials said.

Remdesivir was given emergency use authorisation from the US Food and Drug Administration on May 1.

The EU has given remdesivir emergency authorisation and agreed to a €1bn remdesivir deal on Tuesday, weeks after Gilead was informed by the WHO about the results of the Solidarity trial.

The European Medicines Agency said it would review the trial data “to see if any changes are needed to the way these medicines are used”.

Differences in patients who participated in the trial at hundreds of clinical sites may undermine the quality of the data, said Prof Peter Galle, who oversees infectiology at Germany’s Mainz university hospital.

But he added: “This provides more evidence that remdesivir is no panacea.”