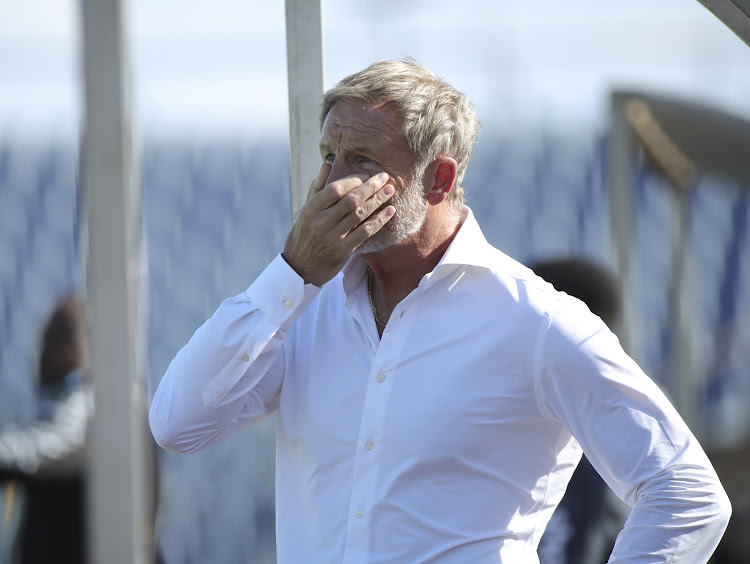 Reports on Thursday morning were that Baxter was fired.

Chiefs took the entire day, and well into the night, to confirm the news, which they finally did posting an announcement on their Twitter account and website at 8.05pm.

“After a series of meetings, Kaizer Chiefs and coach Stuart Baxter have come to a mutual agreement of an early termination of his contract with immediate effect,” Chiefs said.

“In his second spell with Kaizer Chiefs, Baxter led the team in 23 matches, excluding three league matches in December 2021 [when Baxter was one of 50 Covid-19 cases at the club].

“He managed to win nine matches, draw six and lost eight of the games. The team managed to score 25 goals and conceded 23 in that time.

“Assistant coaches Arthur Zwane and Dillon Sheppard will take charge of the senior team for the remainder of the season, starting with the next match against Stellenbosch FC on Saturday 23 April 2022.

“We wish him well in the future,” said the club.

Zwane and Sheppard will lead fourth-placed Chiefs when they meet Stellenbosch FC in their DStv Premiership match at Danie Craven Stadium in Stellenbosch on Saturday (5pm).

Update: April 21 2022
This story has been updated with confirmation that Baxter will leave the club.