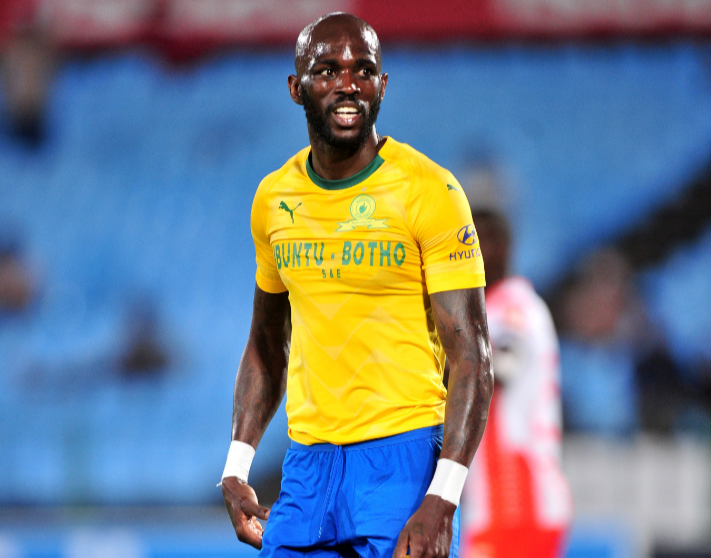 Former Liberia captain Anthony Laffor has warned Bafana Bafana not to underestimate the Lone Stars in the 2023 Africa Cup of Nations qualifiers.

SA were on Tuesday drawn in tricky Group K with Liberia, the Atlas Lions of Morocco and the Warriors of Zimbabwe in their battle to qualify for the tournament in Ivory Coast in 2023. The group phase matches start in June.

“People must not think it is going to be an easy run against Liberia, you underestimate us at your peril,” said former SuperSport United and Mamelodi Sundowns star Laffor. “It is not going to be an easy run for any country against us because this generation of players is determined and wants to make a mark for the national team.”

Liberia enjoyed its heyday when, led by the AC Milan star and the only African world footballer of the year George Weah, they qualified for their only Nations Cup finals in 1996 and 2002.

Laffor, one of the most decorated players in the PSL with seven league championship titles, said his country’s football is on the rise again.

“We have a lot of players playing outside the country. We have guys playing in Malaysia, in Sweden and we have Oscar Dorley, who is always playing Champions League football for Sparta Prague in the Czech Republic.

“We have a coach in Peter Butler who has been with the team for about two years now and he is trying to rebuild the national team. I think this time it is going to be different with the level of professionalism that the coach has brought in.”

Former Zimbabwe captain Kaitano Tembo said uncertainty as a result of the Fifa ban on his country because of government interference in the sport is not an ideal state of preparation for SA’s neighbours.

“The most difficult part for Zimbabwe is preparations at the moment, because since the ban was announced, nothing is happening in terms of playing friendly games, said Tembo.

“It is very difficult to go into competition mode when you are not prepared and that is the disadvantage for Zimbabwe.”

Tembo said Zimbabwe has good players but they may not be well prepared for the qualifiers if the ban is lifted.