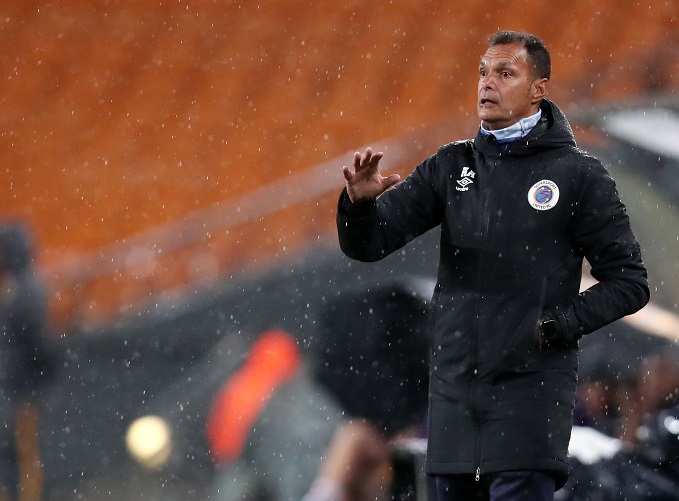 Arendse, who is to guide the team for the remainder of the season after head coach  Kaitano Tembo was sacked last week,  said his focus is on getting the players at his disposal to perform.

He got off to an excellent start with a 1-0 win over Kaizer Chiefs at the weekend.

The Bafana Bafana goalkeeping legend said he is leaving the issue with Mbule, who was suspended a fortnight ago for “disrespect to his teammates”, to his bosses at the club.

“Sipho Mbule is a case that’s being handled by the management of the club and I’d like to keep it that way,” Arendse said.

“I think those things have been well documented and it’s something that the club will guide me on.

Mbule has been linked with moves to Kaizer Chiefs and Mamelodi Sundowns, and at one stage reportedly attempted to force a move.

Arendse said the win against Chiefs was a start to achieve the target he’d been tasked with of a top-six Premiership finish.

“It’s a big game for the club, for the team. It’s no secret that the players, the technical staff and the club as a whole had to come through a very difficult week.

“It was important for us as a club and a team to give a bounce-back kind of performance.”

Arendse said he was proud of the performance against a team “riddled with quality”.