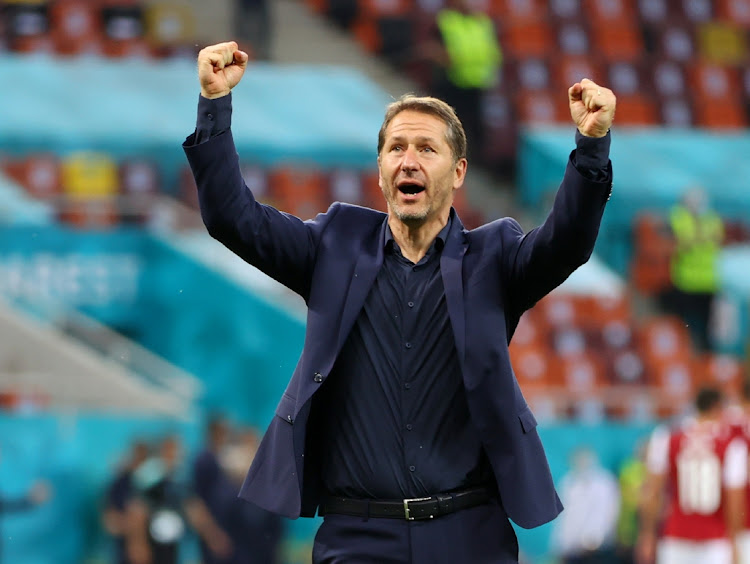 Vienna — It “makes no sense” for Austria’s clash with Italy in the last 16 of Euro 2020 on Saturday to be held in London as neither side’s fans can fly there, the Alpine nation’s coach said on Wednesday, suggesting a change of venue.

The 24-team tournament is being held in various countries across the continent, each with their own coronavirus travel restrictions and social-distancing rules governing how many spectators can attend matches.

Britain, where coronavirus case numbers have been rising because of the spread of the more contagious Delta variant, has a 10-day quarantine requirement for new arrivals, making it all but impossible for fans in Italy and Austria to attend the last 16 match on Saturday.

“As things stand, there will be almost no Austrian fans in the stadium — or Italian ones, either. It makes no sense to me to play in London,” national coach Franco Foda told Austria’s Kleine Zeitung newspaper.

While making the knockout stage is normal for a powerhouse such as Italy, it is a first for Austria, who had never won a match in the Euros until this tournament. Missing their side’s first appearance in the last 16 is therefore particularly upsetting for Austrian supporters.

“We strongly advise against travelling to the second-round match against Italy on June 26 2021 at Wembley!” Austria’s foreign ministry warned on its website. Foda urged tournament organisers Uefa to intervene.

“I hope for the fans’ sake that a solution can be found. One option would be to change the venue. I hope that as many fans as possible can join. That is my heartfelt desire,” he said.

Italian Prime Minister Mario Draghi, perhaps less worried about his side getting knocked out on Saturday, has called for the final to be moved from Wembley to Rome because of the accelerating infections. Uefa has said it has no plans to do so.