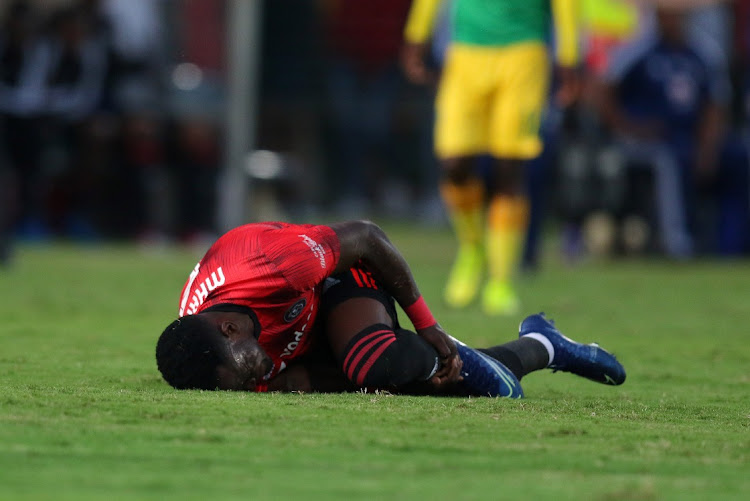 Josef Zinnbauer is delighted by Orlando Pirates’ selection headache after the return of strikers Gabadinho Mhango and Tshegofatso Mabasa from injury.

But the German coach is preferring to tread carefully and has cautioned against rushing the duo into a full 90 minutes of play too quickly.

The Bucs coach kept both strikers on the bench and started with Deon Hotto‚ Vincent Pule and Linda Mntambo upfront in Saturday’s 3-0 win against Chippa United at the Nelson Mandela Bay Stadium.

“Yes‚ now it’s coming together but you see that Gaba [Mhango] and Mabasa need more time‚” Zinnbauer said of the two strikers he introduced later in the match on Saturday.

“Gaba works very hard but you can see it’s not the Gaba we had before. I don’t have a headache about these players coming back. I go forward and we have to fight and the fight is always good for us when we have the competition in the squad.”

Zinnbauer was happy that Pirates settled the matter much earlier in Gqeberha than they did in their midweek home victory against a 10-man Bloemfontein Celtic where they needed Fortune Makaringe’s 62nd minute goal to take the full spoils.

“The performance is always changing because it’s not like you snap your fingers and it just happens‚” said the Bucs coach.

“Last time we played against 10 [men] and I was frustrated because we had more possibilities to score. We didn’t have a good performance but got the result. That’s the first important point for the coach.

“But now it’s better and maybe we needed that wake-up call‚ and when we have the result then we have no problems.”

Scoring three goals‚ which boosts Bucs’ goal difference to +9‚ was also pleasing to Zinnbauer as his team jumped to second spot and just one point behind leaders Mamelodi Sundowns‚ who still have a huge advantage of four matches in hand.

“I think we had a very good first half‚ had many opportunities to score and we scored two times. In the second half we sat a little bit deeper and waited for the right moments to play a counterattack‚” said Zinnbauer.

“We got the third and I’m happy about the scorers. Hotto again‚ Fortune again and Ben [Motshwari]‚ as midfielder.”

Pirates will play two Caf Confederation Cup’s Group A matches before their next league match against Kaizer Chiefs on March 21.

Bucs face Algerian side ES Setif at the Accra Sports Stadium in Ghana on Wednesday and will then host Enyimba FC of Nigeria on March 17 before the showdown with Chiefs four days later.