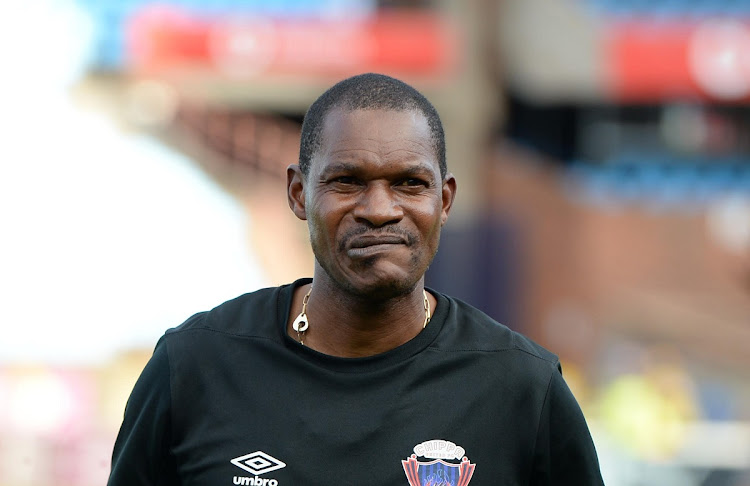 TTM are busy preparing for their debut season in the Premier Soccer League (PSL) after owner Masala Mulaudzi bought the status of Bidvest Wits a few months ago.

Once the takeover of Wits was done, TTM decided not to negotiate with former Wits coach Gavin Hunt. He has since joined Kaizer Chiefs and will be assisted by Arthur Zwane and Dillon Sheppard at Naturena.

“We are talking to a number of coaches but are not in a position to mention any names,” TTM communications manager Tshidino Ndou said. An announcement would be made soon.

Sources in Zimbabwe said talks between Mapeza and TTM officials were advanced and just a few details remained to be sorted out.

“He [Mapeza] has been talking to them [TTM] for the past few weeks and a deal is imminent. He is waiting for the SA government to open the borders so he can travel to Limpopo to finalise this deal and be unveiled to the media,” a Zimbabwe source said.

“I believe TTM will be starting with their preseason very soon and it will be good that he is there when they start. The preseason is very important and he would like to be part of its planning and execution.”

Mapeza is no stranger to the PSL, having been in charge of Chippa United between October 2019 and March 2020 before falling out with the club’s management and returning to Zimbabwe.

During his time in Port Elizabeth‚ Mapeza managed Chippa in 20 matches in all competitions, and they showed a fighting spirit that TTM are hoping for in their maiden run in the PSL.

TTM’s players are expected to report for their preseason gathering this week in Pretoria or at the Royal Marang Hotel in Rustenburg. Mapeza will join them as soon as he has completed the necessary paperwork.

Premier Soccer League announces that DStv has replaced  Absa, which withdrew its sponsorship in June
Sport
7 months ago

Hlatshwayo and Hotto are now Buccaneers