Arendse will phone a friend about how to tame All Blacks

Replacing injured Cheslin Kolbe, he is thrilled to be in the Bok squad 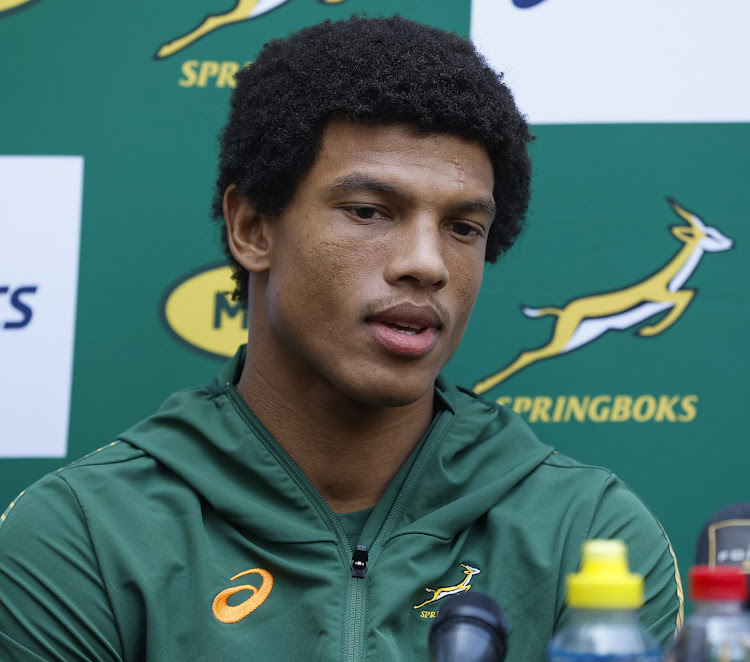 Wherever Cheslin Kolbe is, he should expect a call from Kurt-Lee Arendse.

Arendse will earn his second Test cap against the All Blacks on Saturday as the replacement for Kolbe, who is recovering from a broken jaw. The exciting 26-year-old Bulls winger said he needs a few pointers on how to tame the All Blacks.

Kolbe was injured in the final Test in Cape Town in the 2-1 series win against Wales last month. His misfortune has invited an opportunity for Arendse to start in the Rugby Championship clash against New Zealand at Mbombela Stadium.

Arendse is one of the three changes to the starting line-up where Malcolm Marx, who will be paying his 50th Test, has replaced Bongi Mbonambi and experienced scrumhalf Faf de Klerk is in for Jaden Hendrikse

“I am really grateful for the opportunity,” said Arendse from the team’s base in Mbombela. “It is a privilege to follow in the big footsteps of Cheslin, I am just happy for the opportunity. They [New Zealand] are a really skilful side, they like to run the ball, but I am just focusing on what we have been doing at training during the week.”

Earlier this week, coach Jacques Nienaber said Arendse was picked for the vitally important clash because he was seen as a like-for-like replacement for Kolbe.

“Cheslin is a good stepper, he is good in the air and explosive, there is a lot to admire about him and his game. My primary job is to make sure I make the tackles,” said Arendse.

“During the game I always remind myself there is a job to be done, and if there is a mistake I forget about it and focus on what comes next, because there is no time to worry about what is gone.”

Asked if he would reach out to Kolbe for advice as the game draws closer, Arendse said he would.

“Not yet but I am definitely going to give him a call.”

Playing against the All Blacks can be intimidating, but the former Blitzboks star sees this as an opportunity to test himself against the best.

“It is good to play against guys like Will Jordan and Sevu Reece. They are good players and obviously you want to prove something against them. I am looking forward to playing and testing myself against them.

“I never thought I would play for the Springboks a year ago. I am just grateful for the opportunity. Every time I get the opportunity to pull the Bok jersey over my head I have to take it with both hands.”