Instead of building belief with a string of thumping wins, the team is mired in its biggest crisis of confidence in decades 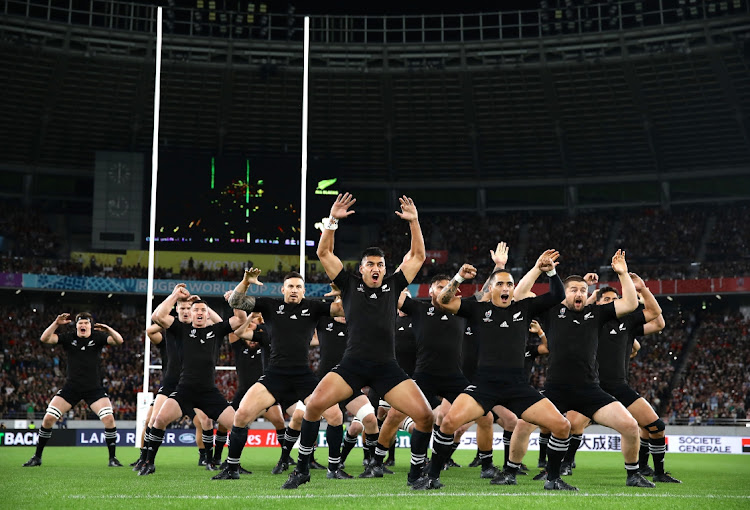 Aaron Smith of New Zealand leads the haka prior to the Rugby World Cup 2019 Bronze Final match between New Zealand and Wales at Tokyo Stadium on November 01 2019 in Chofu, Tokyo. Picture: World Rugby via Getty Images

A year out from a World Cup, the All Blacks would normally be fine-tuning combinations and building belief with a string of thumping wins, but instead they find themselves mired in their biggest crisis of confidence in decades.

Humbled by northern hemisphere opponents on tour last season, the last traces of the All Blacks’ aura of invincibility vanished in the home series defeat by Ireland, leaving a success-spoiled fan base in rare anguish.

Ian Foster’s men will soon find out how deep the corrosion has spread when they defend their Rugby Championship title against emboldened southern hemisphere rivals.

For once — and to the relief of Australian fans — the All Blacks cannot ease into their work with consecutive matches against a Wallabies team who bear psychological scarring from decades of Bledisloe Cup beatdowns.

Instead they face the toughest introduction imaginable against an SA side keen to make a statement in front of home fans before their World Cup defence in France.

All Blacks players have put on a brave face, speaking of relishing the challenge of turning things around in Saturday’s opener in Mbombela before a daunting trip to Ellis Park next week.

However, privately they may be fuming at their position, scrambling to adapt to a new coaching paradigm triggered by New Zealand Rugby’s post-Ireland review.

The shake-up, which saw assistant coaches John Plumtree and Brad Mooar jettisoned and Jason Ryan appointed forwards coach, has only added to Foster’s burden by including attack in his portfolio.

Since the review, the head coach appears no more secure in his role. More  setbacks in SA may trigger his exit.

“He has two weeks left to try to right the ship and that’s not exactly a show of confidence — it’s a stay of execution,” World Cup-winning former Springbok Joel Stransky told New Zealand media this week.

World Cup triumphs in 2011 and 2015 burnished the All Blacks’ myth as an untouchable force playing a different game to their rivals.

Ensuing years have seen that myth unravel, with a semifinal exit from the 2019 World Cup in Japan and the retirement of a slew of greats.

Their once-dependable process of regeneration has stuttered since Japan, with Covid-19 disrupting the domestic game and upending the Super Rugby competition that has long fed New Zealand’s strength.

The country’s professional sides have been reduced to playing each other and weaker Australian teams, missing out on the rugby styles that SA sides now play in European competition.

New Zealand’s juniors finished seventh at the last under-20 world championship in 2019, and rugby luminaries fear for the future as grass-roots participation declines.

Global competition has meanwhile stiffened, with Ireland in the world No 1 ranking once owned by New Zealand, and other nations jostling for it.

Those problems will be parked on Saturday as the All Blacks take the field at Mbombela Stadium, seeking to turn around their fortunes with about the same squad who were outplayed by the Irish.

Captain Sam Cane says only small changes may be enough to return to winning ways after defeat in four out of their last five tests.

Well might he hope so, given that there is little time for bigger repairs.