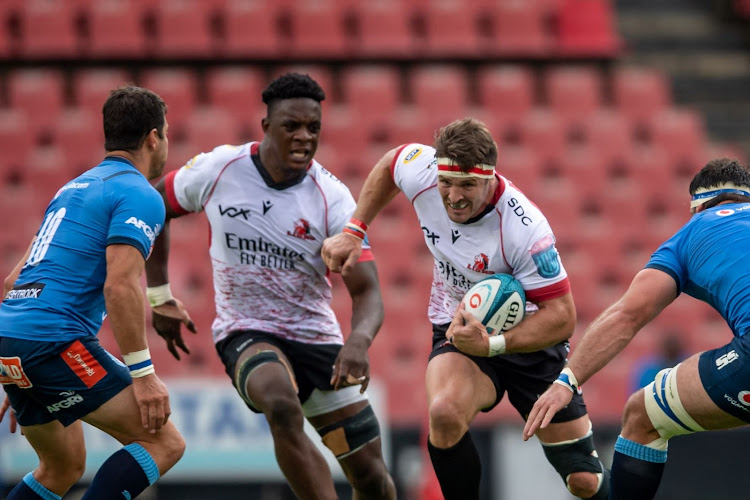 Though his team is sitting pretty at the top of the United Rugby Championship (URC) log, Leinster coach Leo Cullen is taking nothing for granted ahead of Friday’s clash against a struggling Lions outfit in Dublin (kickoff 9.35pm).

Leinster consolidated their lead with a bonus-point win over Welsh side Ospreys on Saturday and have turned their attention to taming the Lions at the RDS Arena.

It has been a miserable URC campaign for the Lions, who have lost their previous four matches and are languishing in 14th position on the 16-team log.

“It was important to get a bonus point over the Ospreys in this sequence of matches,” Cullen said. “The Lions are very big and physical and abrasive around the contact area. We have done our homework on them so we know there are plenty of threats.

“Leinster must make sure we recover well after the Ospreys game even though it is a short turnaround. We must put in a good week’s training.”

Lions coach Ivan van Rooyen says his team has plenty to work on if they want to turn their season around. “Speaking to Stormers coach John Dobson after our last game he described having a similar experience to what I am feeling.

“I had a good discussion with him around how they felt then after we beat them and how they are feeling now. I think that’s a good example that our problems are fixable and after we gave them a good hiding there, they haven’t lost since.

“We have to take the positives from what is working and we have to fix it through training and our responsibility, and through honesty and one or two personnel changes,” Van Rooyen said.

“There’s stuff that’s improving on a weekly basis and then there’s stuff that’s not improving. Sometimes it’s a system-based thing that’s holding you back but, on other occasions, you need to sit back and assess whether it’s a coaching or a player element.”

The coach continued: “It’s midway in our season and we have a few days to reflect on what’s working for us. I don’t think it’s a bad time for us for a bit of change, whether it’s player-driven or a style-of-play issue.

“We’re almost seven months into our new coaching structure and it’s our focus and responsibility to make the gap between expectation and actual output as narrow as possible.”

SA’s other URC franchises will also be in action in Europe at the weekend. In the early game on Friday, the Bulls face Zebre in Italy (kickoff 7.30pm) and on Saturday the Stormers take on Connacht in Ireland (3pm) and the Sharks clash with Benetton in Italy (5.05pm).

All Blacks team and players union agree to deal that will inject $24.81m in the game at all levels
Sport
4 months ago