Neither side is well prepared amid Covid-19 and injuries 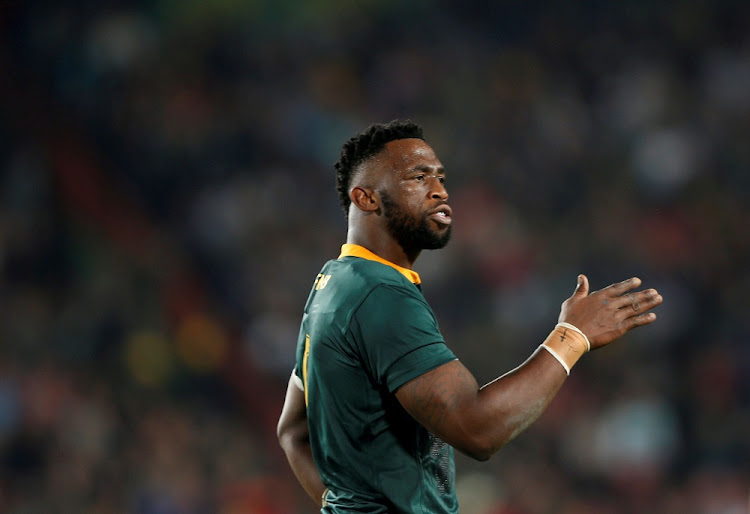 Covid-19 and injury have played havoc in both squads in the build-up. While there is the tacit acknowledgment that neither side will be as well prepared as they desired to be‚ there is a race against time to get their best personnel on the Cape Town Stadium turf this  weekend.

By normal Test match standards Siya Kolisi and Alun Wyn Jones will be considered short of a gallop in their preparation for one of international rugby’s most physically demanding battles.

Kolisi‚ who returned a positive PCR test and played in the warm-up Test against Georgia‚ will be subjected to return to play protocols but the odds on him being declared battle ready are lengthening.

Jones suffered what was thought to be a serious shoulder injury in the Lions’ warm-up Test against Japan in June, but has made a miraculous recovery to reclaim his place in the team last week.

As the game’s most capped Test player‚ and a man of his stature‚ Jones was perhaps not required to jump through all the hoops to make his way back to the team and potentially the captain’s armband.

If Jones’ path was smoothed‚ Kolisi will face a far more testing time.

Whether Kolisi and Jones are deemed fit enough will of course have a ripple effect in selection. When the Boks achieved Rugby World Cup (RWC) glory it was done without the concentrated efforts of a recognised fetcher. There was, however, the collective understanding that pilfering was a numberless duty though it fell to Duane Vermeulen‚ Malcolm Marx and Bongi Mbonambi to be their most proactive crouched combatants.

Without the injured Vermeulen and potentially Mbonambi, who is in the same boat as Kolisi‚ the Bok hierarchy have some big decisions to make this week. Marx may have to shoulder a huge burden on Saturday.

Vermeulen of course would have been in line for the captaincy should Kolisi be ruled out but that option is no longer available to the Boks.

Marco van Staden may be a near peerless pilferer in the domestic game but the Boks may favourably consider the high energy‚ lung busting running ability of Kwagga Smith. He too can play to the ball but his virtues are clearly established in the wider channels.

Jasper Wiese appears to be the player most likely to grab the No 8 jersey that had been worn with so much distinction by Vermeulen. The one-Test rookie will take on a huge responsibility if he is handed a start this weekend.

Though the reasons are now vastly unlike what led its implementation at the RWC‚ the Boks may have to revert to their much-talked-about six/two split on the bench. Back then they were playing to strength‚ this time it may be rooted in ensuring survival upfront.

The Lions are likely to go into battle with a heavy accent on their forward prowess. Instead of plugging holes‚ they have the luxury of considering how best to deploy their well stocked forward resources.

Should he crack selection‚ as is likely to happen‚ Jones will bring much-needed mongrel to the tourists’ forward unit. He should provide the perfect second row foil to the athletic ability of Maro Itoje.

That hard-edged aerobic theme is likely to continue in the back row where Courtney Lawes looks set to get the nod. But competition there is stiff with Hamish Watson‚ Tom Curry‚ Sam Simmonds and Taulupe Faletau all in the Test starting frame. It will be deeply reassuring for Gatland to bring whoever does not make the run on team‚ off the bench.

Apart from Kolisi and Mbonambi the Boks are also sweating on the availability of Handré Pollard‚ Frans Malherbe and Ox Nche‚ while Willie le Roux looks likely to be declared fit.

In the build up at least its advantage Lions‚ but can they on Saturday make good on their position of promise?

As Bulls coach Jake White sagely noted after his team’s not entirely surprising win over SA A: “I don’t think this performance‚ just like the Lions against SA A earlier this week‚ should be one that’s read too much into.”

It will come down to physicality, set pieces and the basics as it always does in big Test match rugby, says Handré Pollard
Sport
2 weeks ago