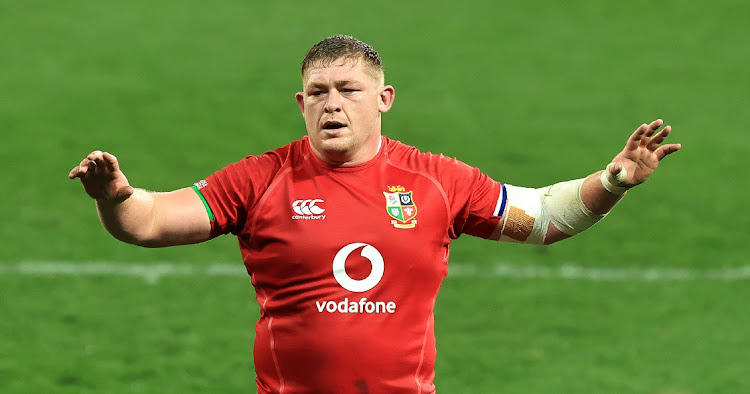 Cape Town — British & Irish Lions prop Tadhg Furlong is ready to front up to the immense physical challenge of the Springboks in Saturday’s first Test in Cape Town as he prepares for “big boy rugby” in what is likely to be a bruising forward battle.

Coach Warren Gatland will announce his team on Thursday, and with Furlong having had game time with all three hookers in the squad in the warm-up games — each time alongside fellow prop Rory Sutherland — he is hopeful of getting the nod.

“It’s big boy rugby, isn’t it? It is a huge challenge for us, it is so ingrained in SA’s DNA, that scrum and maul dominance,” Furlong told reporters on Monday.

“It is a huge challenge for the pack and whichever substitutes are selected. It is one of the great things about playing Test series in SA and the lads are hugely up for it.”

Furlong admits front-row play is as much about combinations as anywhere else on the pitch and that “time in the saddle” together is crucially important.

“I have a good understanding with Rory, we have played with three hookers as well and sometimes it can be a little hard to get everyone up on the same page.”

The Irishman says there can be a big difference depending on which of the hookers they pack down with — England’s Jamie George and Luke Cowan-Dickie, or Wales’ Ken Owens.

“From a technical perspective it changes a bit. It is even where your left hand binds on the hooker. Trying to get your shoulder position right.

“There is a little bit of tweaking, it is a very technical position the front row, so you need to get the feel right about where they bind on you. It takes a bit of combination, a few conversations and some set-ups in the team room.”

The scrum is likely to be a huge factor in deciding the series and that will also mean understanding what each of the referees expect to see in the set-piece, starting with Australian Nic Berry on Saturday.

“There has been stuff coming out from World Rugby on the way they want teams to scrum,” Furlong says. “We try to do that as best we can.

“We have an opportunity to chat to the referee before the game to try to align what we do so that he sees what he wants in the game. But you have to look at yourself first before you try to manage referees.”

It will come down to physicality, set pieces and the basics as it always does in big Test match rugby, says Handré Pollard
Sport
1 week ago